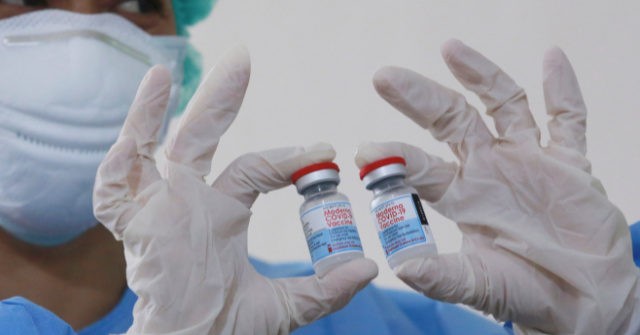 Most voters are “concerned” about the “potential of harmful side effects” of coronavirus vaccines, a Rasmussen Reports survey released Friday found.

While the survey found that nearly three-quarters of respondents, 74 percent, have been vaccinated and that 65 percent are at least “somewhat” confident in the safety and effectiveness of the vaccine, 54 percent also say they are “concerned” about the “potential of harmful side effects of the COVID-19 vaccine.” Of those, 27 percent are “very” concerned, while a quarter say they are “not very concerned” and another 19 percent say they are “not at all concerned.”

Notably 64 percent of Republicans, specifically, say they are concerned about the potential of harmful side effects, and 52 percent of independents and 45 percent of Democrats share that concern.

The survey also asked respondents if they believe the federal government should have the power to mandate vaccines. Most, 57 percent, said no. That sentiment is shared by 81 percent of Republicans and 63 percent of independents.

Voters 65 and older are most likely to have received the COVID-19 vaccine, and are more confident in the safety and effectiveness of the vaccine compared to younger voters.

More black voters (35%) than whites (24%) or other minorities (31%) say they’re Very Concerned about the potential of harmful side effects from the COVID-19 vaccine.

Government employees are more confident than private sector workers in the safety and effectiveness of the COVID-19 vaccine, and are also more likely to have been vaccinated against the virus.

The news comes as the Biden administration ups its calls for Americans to get vaccinated, now urging parents to get their eligible children vaccinated as well.

While officials tout the effectiveness of the vaccines and booster shots, Dr. Anthony Fauci admitted over the weekend that the Centers for Disease Control and Prevention (CDC) is not publicizing the data on the number of breakthrough infections to the general public at this time. 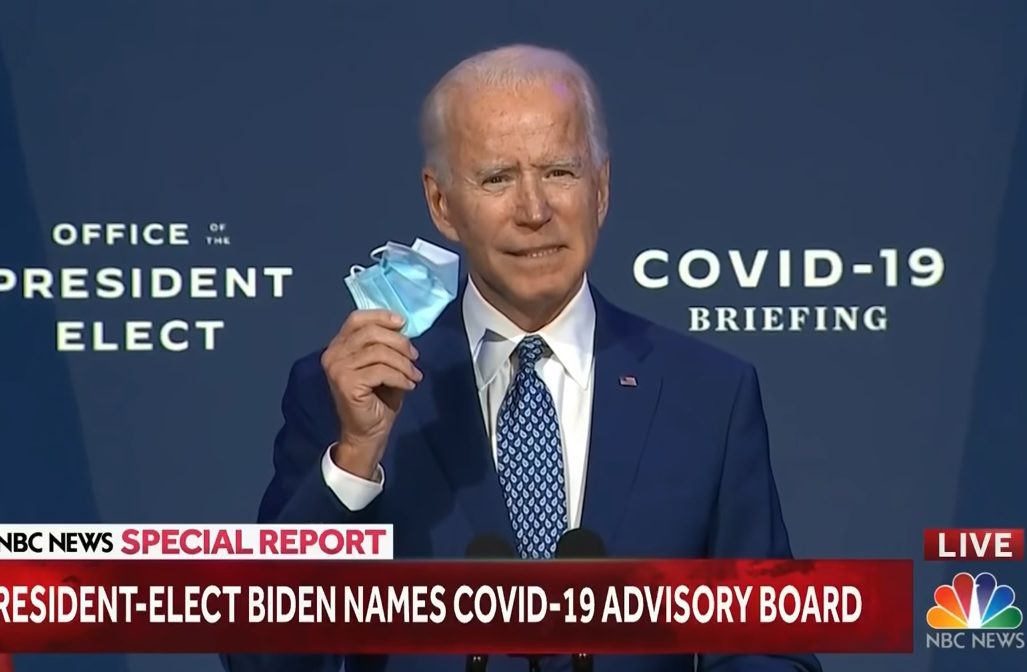 Once upon a time, long ago, there was an American president who we were told was directly responsible for the spread of a highly contagious, airborne virus. Today, we’re told of the same virus, but with a new president, “Well, whaddya do?”

Remember when containing and depressing the coronavirus was simply a matter of nationwide testing and “contact tracing,” plus the care of a president who wasn’t Trump and who might cry on TV about the lives lost?

Under President Joe Biden, we have all of that, with the added benefit of free and unlimited vaccines. But the virus has continued to spread. We’re currently averaging just under 100,000 new cases, just under 60,000 hospitalizations, and more than 1,000 COVID-related deaths every day.

Ahead of Biden’s inauguration, new cases were in the beginning of a free fall. By late June there were roughly just 11,000 new cases each day. Now we’re averaging almost 10 times that amount.

There’s no reason you should be under the impression that Biden is competent enough to do as he said he would, which was to “shut down the virus.” Almost a year into his presidency we don’t even talk about ending the pandemic anymore. To the contrary, we’re now talking about a new COVID variant.

The administration no longer bothers pretending to promise to “shut down the virus.” Instead, Dr. Anthony Fauci, who claims to be the physical embodiment of “science,” said of the South Africa-born Omicron variant last weekend that “inevitably it will be here.”

And here it is. The first recorded case in the U.S. was this week. So much for the supposed cures of testing, tracing, masking, and vaxxing. Those were supposedly the “tools” to end the spread. At least in the United States.

Now Biden essentially says those tools do nothing for us.

Asked Friday at the White House by Fox News’s Peter Doocy (God bless him) if the plan was no longer to “shut it down,” a sickly Biden went into his plain-truth schtick.

“Well, we’ve got to beat it back before you shut it down,” he said. “Look, it’s going to take time worldwide. In order to beat COVID, We have to shut it down worldwide.”

Folks, a lot of this is out of his hands!

“You know, we’re starting to make some real progress, and you find out there’s another strain,” he continued. “And the idea that you can build a wall around America to keep any COVID from around the world out is not there.”

Folks, what do you expect him to do?!

Arguably the top reason voters elected Biden was because they had been told the former president was responsible for the rapid spread of the virus that has killed almost 800,000 people. Biden said he would gladly take up that responsibility. Now we’re told it’s not the president’s responsibility and that the new variant arriving on Biden’s watch is not his fault.