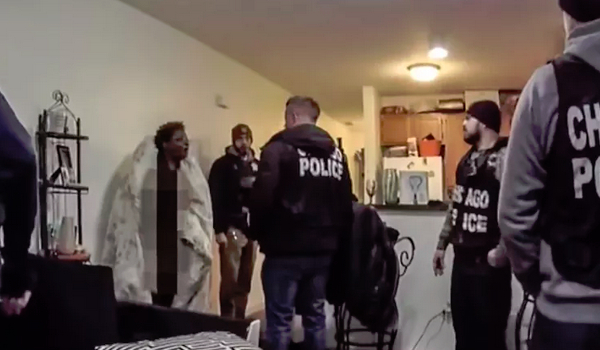 Radically liberal Democrat Chicago Mayor Lori Lightfoot has been taking public heat ever since video surfaced which her minions tried real hard to sweep under the rug. In February of 2019, the police raided the “wrong” townhouse, kicking in the door of a naked and confused social worker looking for an armed fugitive.

Liberals tried to hide the Video

Chicago city officials including controversial Mayor Lori Lightfoot are taking some serious heat from the community after the public learned they tried to suppress video evidence of a major mistake.

The police swear up and down that they didn’t do anything wrong, even though they rousted and handcuffed an innocent woman, stark naked and wondering why they were there. Their informant was either mistaken, or had it in for social worker Anjanette Young.

Last week, Chicago’s legal department “sought to stop a local TV station from publishing videos of the raid,” accusing Ms. Young and her attorney of “violating a court confidentiality order.”

After the public saw the video evidence anyway, the city changed their mind and “filed a motion to drop the request for sanctions.” That’s when Mayor Lightfoot decided to do some damage control by talking to the victim.

“I’ve reached out to Ms. Young through her counsel to request an opportunity to speak with her directly,” Mayor Lightfoot concedes. “I feel like we’re talking to each other at podiums and press conferences, and I’d like to have that conversation with her in person.”

Video compiled from the body cameras of 20 different officers show the police “sweeping through the home of Anjanette Young, guns drawn, expecting to find a felon with a gun.” 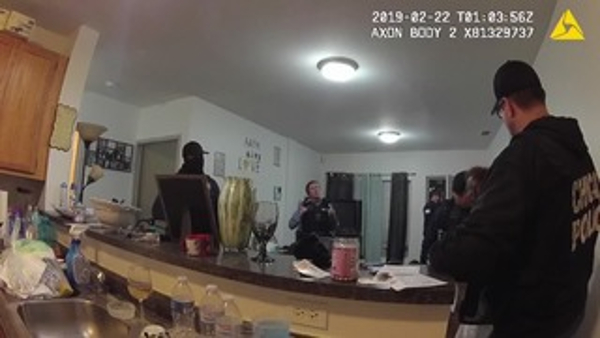 They all say that

Chicago police were convinced they had done their “due diligence” so didn’t believe Ms. Young when she told them they had the wrong house. They all say that. The social worker calls what happened a “sexual assault” because they caught her naked on video. “In any other context, that’s sexual assault,” Young informed local WBBM news. “Multiple” police department sources confirm that “it’s not uncommon to find someone naked in their home when serving a warrant in the middle of the night.” It’s also “common for people to tell officers they have the wrong home because the person may not know a loved one living there is involved in a crime.”

From what’s been pieced together so far, the Chicago PD is spinning the incidents which led up to the botched raid being caught on video to pin the blame squarely on the informant.

They downplay the fact that they didn’t know “the target of the warrant was on electronic monitoring at the time and in compliance.” They should have known exactly where he was and he wasn’t with Ms. Young.

The police used a “John Doe” informant to get the search warrant. After the video came out, the victim’s attorney admits that the warrant “included an address, apartment number and door color that turned out to be Young’s.” The paperwork stated “the informant in the case said they’d seen the target of the warrant with a handgun and ammunition inside the apartment within the last 48 hours.”

The cop who typed out the warrant “found a picture of the target and showed it to the informant who then identified the target.” Not only that, “The day before going to a judge, the officer drove the informant to the apartment complex and the informant pointed out Young’s home.” Most people would call that a “swatting.”

While it’s clear that the involved officers had good cause to do what they did, and thankfully nobody was injured, city officials still won’t answer even basic questions about the warrant and “how it was served.”

If this video hadn’t surfaced, Mayor Lightfoot would have kept it under the rug and out of the public sight. Now that everyone has seen what happened, the jury award on Ms. Young’s false arrest case will be enormous.