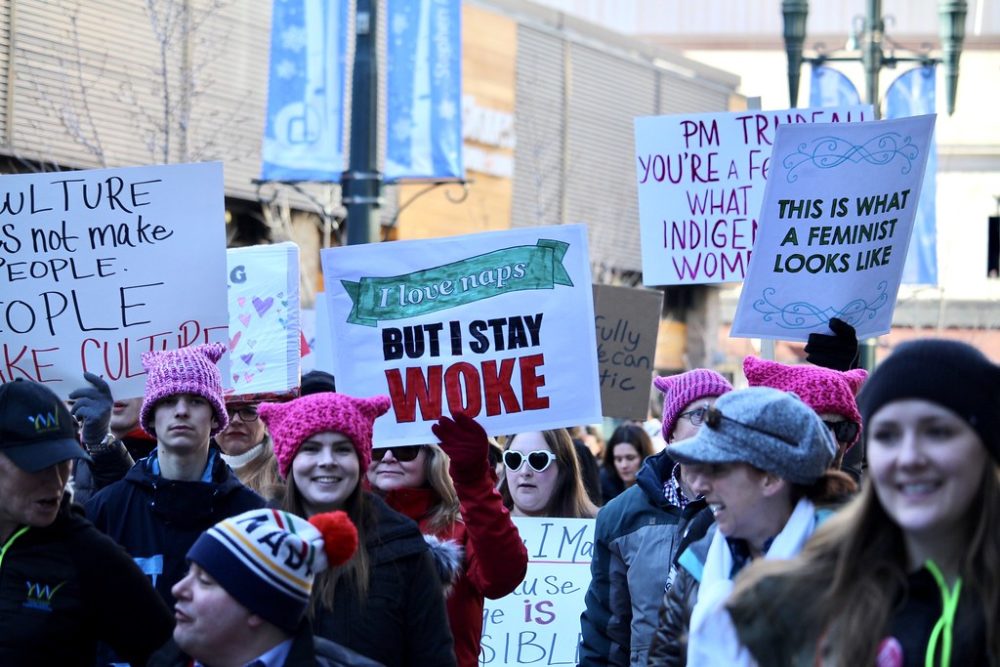 This Tuesday, the Associated Press Stylebook account tweeted that people should not use the term “mistress” to define someone in “a long-term sexual relationship with, and is financially supported by, a man who is married to someone else.” Word banned.

The AP Stylebook has guided the media industry on language use since 1953, decades after releasing similar guides and rules for professional writing — like the 1909 first internal edition. The AP is arguably the most influential news agency in the world. It has 248 news bureaus in 99 countries, and its work forms the basis for most articles read inside the United States.

But for years now, the AP has demonstrated partisan leftism in redefining terms to serve political ends. Given its immense influence over journalists, and thus the American people, the AP is in an eerie position to change the way people think about not only language, but what language refers to. So, instead of using the term mistress to define someone who is engaging in adultery, they plead with people to use the terms “companion,” “friend,” or “lover” instead.

The definition of “mistress” according to The American Heritage Dictionary of the English Language is “[a] woman who has a continuing sexual relationship with a man who is married to someone else.” The AP’s suggested replacements have different definitions and connotations. A “companion” does not indicate there is cheating involved or even sex, a “friend” is a term to define two individuals who do not have a sexual relationship, and “lover” lacks information about other relationship commitments the sexual activity may be damaging as well as the financial interests involved in a mistress relationship.

In September, the AP claimed “riot” should no longer be used. Not only did the agency claim riot was “used in the past to stigmatize broad swaths of people protesting against lynching, police brutality or for racial justice,” but it said people should identify the Black Lives Matter and Antifa rioting and looting as a “revolt” and “uprising,” since this indicates “broader political dimension.” Call me crazy, but rioting and looting is criminal, as well as morally wrong, and should not be romanticized. Stealing, attacking bystanders, and damaging other people’s property are morally wrong and rightfully criminal, and that’s what rioting means.

According to the AP in November, people should not “use derogatory terms, such as insane, crazy/crazed, nuts or deranged, unless they are part of a quotation that is essential to the story.” Furthermore, people should “avoid using mental health terms to describe unrelated issues.”

Over the summer, the AP stylebook determined people should now capitalize the word “black” when used to identify a person’s race, since it is “conveying an essential and shared sense of history, identity and community among people who identify as Black, including those in the African diaspora and within Africa.” White people, however, the AP said, shouldn’t be equally treated.

“After a review,” the AP found that “white people generally do not share the same history and culture, or the experience of being discriminated against because of skin color,” and therefore there is less of an argument to capitalize the word. The AP claimed, “capitalizing the term white, as is done by white supremacists, risks subtly conveying legitimacy to such beliefs.”

It’s unclear who was informing the AP judgment calls here, but it seems pretty provincial and ignorant to declare that all people of a somewhat similar skin cue on the entire continent of Africa share the same racial identity and culture. That is just factually untrue, to the point of being offensive.

Rwandans, for example, have significant cultural differences than Somalis, even though to ignorant people they may look somewhat similar, just as some people of German ancestry might look a lot like others of Russian ancestry but have widely different cultural histories. To anyone with any knowledge of world history or major world cultures, the AP’s language use and explanation for it is clearly ignorant and motivated only by political prejudice.

Also in 2017, the AP redefined the term “they” to be used as a singular pronoun for people who are “non-gender conforming.” Gone are the days of strictly, and properly, using “they” to identify someone in the third person. The AP stands by language-mangling gender theory.

People should not be shocked at these rehashed redefinitions. They should be appalled. America’s institutions have been corrupted by woke millennials who have been trained at the most expensive institutions money can buy. Now, we are all coping with their ideological overhaul of truth.

In Ray Bradbury’s dystopia, “Fahrenheit 451,” firemen search for books and burn them. In today’s society, the AP searches for words that do not fit the leftist narrative and twists them up. The irony is that the AP is burning its own reputation in the process.