The Supreme Court followed up its June 23 landmark ruling that for the first time recognized a constitutional right to carry firearms in public for self-defense, by issuing a series of rulings June 30 reversing federal appeals court decisions that upheld gun restrictions in California, New Jersey, Maryland, and Hawaii.

Courts will find it difficult to uphold the firearms laws in question after the high court’s June 30 and June 23 rulings.

The Second Amendment to the U.S. Constitution states: “A well regulated Militia, being necessary to the security of a free State, the right of the people to keep and bear Arms, shall not be infringed.”

The Supreme Court has been strengthening Second Amendment protections in recent years. In District of Columbia v. Heller (2008), the Supreme Court held the amendment protects “the individual right to possess and carry weapons in case of confrontation,” and in McDonald v. City of Chicago (2010), that this right “is fully applicable to the States.”

In the new orders, the Supreme Court summarily disposed of the four pending cases, simultaneously granting appellants’ petitions seeking review while skipping over the oral argument phase. Some lawyers call this process GVR, standing for grant, vacate, and remand.

In the Maryland case, Bianchi v. Frosh, court file 21-902, a coalition of 25 states led by Arizona challenged Maryland’s Firearms Safety Act of 2013. The statute, which was upheld by the U.S. Court of Appeals for the 4th Circuit in September 2021, required pistol purchasers to seek a license, complete safety training, and be fingerprinted. Maryland bans popular weapons such as the AR-15 and similar rifles and limits magazine capacity to 10 rounds.

Maryland Attorney General Brian Frosh, a Democrat, was defiant after the remand order. Military-style firearms “pose grave risks to public safety, as recent mass shootings in other states have made clear,” Frosh stated. Despite the Bruen ruling, the state’s law remains in effect, he said. “Marylanders have a right to be protected from these dangerous weapons.”’ 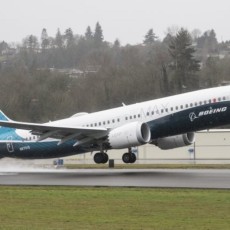 The Corporate Demolition of Our Pillars of Freedom 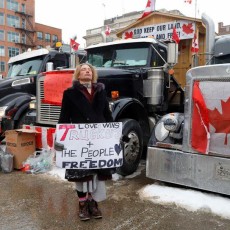