Subway restaurants Tuesday are launching what they call the biggest changes in the brand’s history, making improvements to almost every core menu item and introducing important digital upgrades that elevate the guest experience.

The more than 20 menu updates include 11 new and improved ingredients, six all-new or returning sandwiches, and four revamped signature sandwiches.

Subway fans are being asked to take a break from eating their favorite sub on July 12. More than 10,000 Subway restaurants across the country will close at 6:00 p.m. local time for Sandwich Artists™ to refresh and get ready for the Eat Fresh Refresh launch. When restaurants open on July 13, Subway will give away up to one million free subs from 10:00 am – noon local time. Guests can visit any participating Subway Restaurant and get a free six-inch new Turkey Cali Fresh sub upon request, while supplies last.

“Subway has been serving freshly made, customizable and better-for-you sandwiches for more than 50 years, and we wanted to give our guests more new and improved flavors,” said Trevor Haynes, President, North America at Subway. “Our new culinary team is delivering monumental updates to the entire core menu. The Eat Fresh Refresh makes Subway better than ever with freshly made, craveable and delicious sandwiches to excite new and returning guests.”

A recent New York Times report indicates that DNA testing is an unreliable methodology for identifying processed tuna. This report supports and reflects the position that Subway has taken in relation to a meritless lawsuit filed in California and with respect to DNA testing as a means to identify cooked proteins. DNA testing is simply not a reliable way to identify denatured proteins, like Subway’s tuna, which was cooked before it was tested.

Unfortunately, various media outlets have confused the inability of DNA testing to confirm a specific protein with a determination that the protein is not present. The testing that the New York Times report references does not show that there is not tuna in Subway’s tuna. All it says is that the testing could not confirm tuna, which is what one would expect from a DNA test of denatured proteins.

The fact is Subway restaurants serve 100% wild-caught, cooked tuna, which is mixed with mayonnaise and used in freshly made sandwiches, wraps and salads that are served to and enjoyed by our guests.

The taste and quality of our tuna make it one of Subway’s most popular products and these baseless accusations threaten to damage our franchisees, small business owners who work tirelessly to uphold the high standards that Subway sets for all of its products, including its tuna.

Subway would like to point out that, after being presented with information about Subway’s tuna and the reliability of DNA testing, the plaintiffs in the California lawsuit abandoned their original claim that Subway’s tuna product does not contain tuna. However, rather than dismiss the claims altogether, as they should have, the plaintiffs’ lawyers filed an amended complaint that alleges our tuna product is now not 100% tuna and that it is not sustainably caught skipjack and yellowfin tuna. Just like the original claim, the new claims are untrue and have absolutely no merit. In fact, the amended complaint does not remedy any of the fundamental flaws in the plaintiffs’ case that should result in the case being dismissed. Given the facts, the lawsuit constitutes a reckless and improper attack on Subway’s brand and goodwill, and on the livelihood of its franchisees. 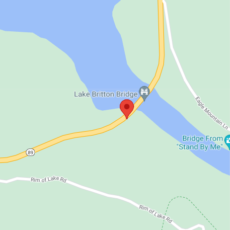 Sheriff: ‘Experienced Cliff Jumper’ Falls To His Death In California As Friends Record 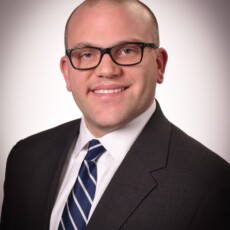