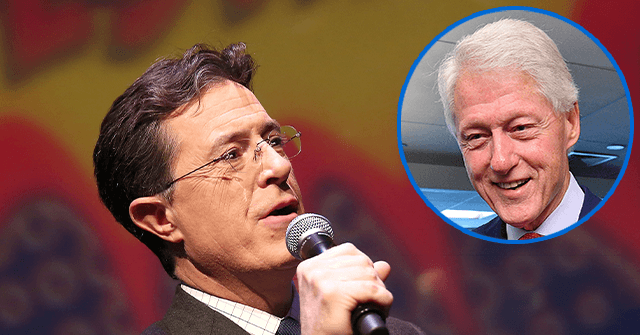 During his highly anticipated DNC appearance on Tuesday, former President Bill Clinton admonished President Donald Trump for turning the Oval Office into a “storm center” when it should be a “command center.” For left-wing late-night comedian Stephen Colbert, the idea of Clinton lecturing anyone about the Oval Office behavior was too good to resist.

“Alright, that’s true, that’s a good point,” Stephen Colbert said on CBS’s The Late Show. “But I don’t think Bill Clinton gets to lecture anyone on what should happen in the Oval Office. Those in glass houses should not be allowed near the interns.”

Colbert also ribbed “Bubba” for his geriatric attempt to talk about social media.

In his DNC speech, former President Clinton said, “If you want a president who defines the job as spending hours a day watching TV and zapping people on social media, he’s your man.”

To which Colbert replied: “I think he’s inventing new slang. He’s ‘zaps’ people on social media. The he ‘zoops’ them on the Tik Tok! Did I do it? Did I meme?”

The left-wing comedian also made a fleeting reference to the Jeffrey Epstein scandal. Earlier this week, photos emerged showing Bill Clinton receiving a neck massage from an Epstein victim, Chauntae Davies. Court documents have also revealed that witnesses saw Clinton on Epstein’s “Pedophile Island” in the Caribbean, despite the former president’s past claim that he didn’t visit the island.

Colbert referenced the scandal by showing a photograph of Clinton during a 2016 presidential debate and joking, “Bill Clinton, seen here learning that Ghislaine Maxwell was just arrested.”

Ghislaine Maxwell, who was taken into custody last month, is facing charges that she “assisted, facilitated and contributed to Jeffrey Epstein’s abuse of minor girls by, among other things, helping Epstein to recruit, groom, and ultimately abuse” a series of girls younger than 18, according to the indictment.

The COVID-19 Vaccine. The Imposition of Compulsory Vaccination with a Biometric Health Passport? 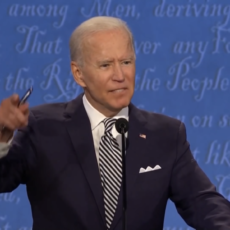 Biden Repeats Lie Of The Year: If You Like Your Plan, You Can Keep It