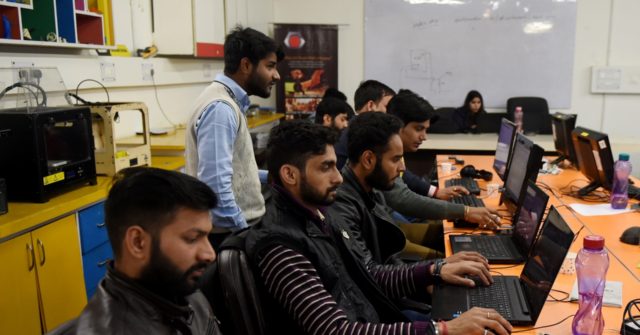 “They have totally eviscerated the requirements” of Trump’s E.O., said John Miano, a lawyer with the Immigration Reform Law Institute. “There is no doubt about it — whoever created this is thumbing their noses at President Trump,” he said, adding, “you can bet that the guys who did this are voting for [Joe] Biden.”

There are less than 90 days to go in the election. How can he persuade Americans he’s keeping any of this 2016 promises if he allows the State Department to nullify and gut the E.O. he signed to protect Americans from [outsourcing by Fortune 500 companies]? More than that — I think it is beginning to make Trump look stupid in front of the voters. He needs to call in Pompeo and talk to him about his job prospects because [Secretary of State Mike] Pompeo does not seem to give a hoot about Americans’ job prospects.

The exemptions are “expansive,” admitted Greg Siskind, a lawyer who is working to widen the pipelines of foreign doctors into U.S. hospital chains. “They are backing off … that could be good news for thousands of you guys,” he told his clients.

The new provisions are broad enough, if well argued, to essentially incorporate ANY job in America. The reality is, with these “exceptions” in place, there is no significant ban in place for nonimmigrant visa holders.

On August 3, Trump met with Lynn and several employees of the Tennesee Valley Authority to announce he would block the outsourcing of their jobs to H-1B workers imported by three staffing companies. Trump said:

On June 22, Trump signed another Executive Order to close down the pipeline of white-collar H-1B, J-1, and L-1 workers, as well as the pipeline of H-2B manual laborers. The E.O. is expected to temporarily bar the arrival of perhaps 80,000 H-1Bs, plus thousands of J-1s and L-1s, while hundreds of thousands of new graduates and fired professionals look for jobs. Trump also directed his agency deputies to write new regulations that would reduce the Fortune 500’s widespread use of visa workers as cheap labor replacements for American voters.

Trump’s intervention to save U.S. white collar jobs is very popular among millions of American voters whose futures are threatened by the Fortune 500’s preference for docile and cheap visa workers. The CEO’s workforce policy keeps at least 1.3 million foreign graduates in U.S. jobs, even amid the dramatic economic crash caused by China’s coronavirus.

The official unemployment rate for U.S. tech grads has jumped to 4.4 percent, according to an industry association. But the calculation does not count the many U.S. tech grads who were forced into lesser careers by the many visa workers in the U.S.-India Outsourcing Economy.

But the State Department’s June 12 bulletin provides a long list of many easy exemptions for Fortune 500 companies and their Indian staffing subcontractor. The document says Trump’s directions:

Travel by technical specialists, senior level managers, and other workers whose travel is necessary to facilitate the immediate and continued economic recovery of the United States … The petitioning employer has a continued need for the services or labor to be performed by the H-1B nonimmigrant in the United States.

Miano is an expert on visa worker laws and studied the long list of exemptions:

The first one on the list is what they needed to do to get the visas in the first place … Number 2, any of them can do that, no problem … Number 3 is totally meaningless — anyone can do that … ‘Financial Hardship’ for an employer is so loosey goosy that anyone can meet that … ‘Critical Infrastructure’ is basically anything.

This is effing b….. Who the f… came up with these exceptions? … You can drive a Mack truck through this …. The exemptions basically cover anyone on an H-IB or a J-1 or an L-1 …. Boom! They’re in … with all the exemptions, there is no EO — they’ve eliminated the EO through the exemptions.”

One of the most notable exemptions are for visa workers who have jobs at government agencies, usually via Indian-run staffing companies:

The document also provides exemptions to foreign workers who have taken jobs from Americans in “critical infrastructure,” such as the TVA jobs blocked by Trump:

“The people who are doing this are ignoring the president,” said Miano. “I can only guess at their motivations, but we can say it is Deep State acting independently.”

“In a close election, with time running out, with [2016] expectations not met … Trump needs things to go smoothly from now till November, and this list clearly he has people in the  State Department sabotaging him,” said Miano.

“When word of this gets out to the public that every E.O. he writes is not worth the paper it is written on,” said Lynn.  “Because through exceptions, they become get nullified by the Deep State, he loses the voters’ trust and confidence.”

He added: “What good is a State Department that becomes the tool of corporations that want to displace Americans, when tens of millions of Americans are under extreme financial duress?”

The State Department did not respond to emails from Breitbart News requesting comment.

Sen Kamala Harris is a product of Silicon Valley’s billionaires and will enforce their agenda in DC.
Eg, she’s an author of the S.386 bill that allows the Fortune 500 to hire more white-collar workers from India for jobs needed by America’s college grads https://t.co/gKCuD9DH5z 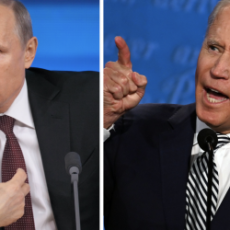 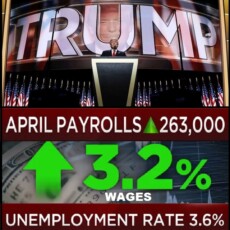