Police say Michael Cooper of Germantown, Maryland, approached women on social media and dating apps under the pseudonym “Rebecca Lattimore.” Through online conversations, Cooper would “slowly coax them to send nude photos and videos,” according to a recent article in the Washington Post.

Following this, he’d disclose the truth, that he was “actually a dude,” and demand the women have sex with him or he would send their compromising media to pornography sites, family members of the women, friends, and co-workers. That’s just the beginning of this bizarre story. Ultimately, it’s sadly emblematic of an American culture that has normalized hyper-sexuality to the point that it is now ravaging our society.

When last week investigators in Montgomery County charged Cooper with “threatening to inflict emotional distress” to obtain sex, it was the third time they had charged him with that exact offense in less than two weeks. “He keeps doing the same thing,” prosecutor George Simms declared in Montgomery County District Court. Judge John Moffett ordered Cooper to remain in custody with no option for posting bond. “I’m going to hold him until we get to the bottom of the case and find out what’s going on,” the judge ordered. Cooper’s attorney suggested he “may need mental health treatment.”

It gets worse. Several of the targeted women were heterosexual. Two persuaded their boyfriends to intervene. One of those boyfriends agreed, confronting Cooper in a parking lot, pinning him to the ground and threatening: “Give me one reason why I shouldn’t mess you up.”

In response to the fact that his girlfriend had sent nude photos of herself to a stranger, the boyfriend acknowledged, “It happened. … It was what it was. But no one deserves to be exploited like that.” Only two weeks later, Cooper was confronted by a different boyfriend, who detained the 22-year-old extortionist until police arrived.

Obviously, Cooper is an odious criminal who should be punished. But such deviants have always existed in the nether regions of our society. Before the internet, they frequented the seedy parts of town near pornography shops and “adult” cinemas; they would walk around in trench coats and flash innocent folks passing by. Now, thanks to the anonymity of technology, they are more capable of fabricating identities.

Another bizarre and concerning thing about this episode is how the Post presents Cooper’s victims as ordinary, intelligent, and “professional.” It says something about our culture that heterosexual women — with boyfriends, no less — who get involved with female strangers on dating apps are labeled “ordinary.” It says something about our culture that women who send nude media of themselves to strangers — in at least one case, the day after the online “relationship” began — are supposedly “intelligent.”

It also appears our culture is so saturated in pornography that activities once considered rare, immoral, obscene, and stupid are now condoned, if not celebrated. “Fifty Shades of Grey” normalized bondage, domination, and sado-masochism. Television and movies bring all manner of once-obscure sexual fetishes into American homes. Smartphones make the most obscene pornography accessible to us anywhere; they’ve become, as columnist and scholar Chad Pecknold puts it, a “red-light district in everyone’s pocket.”

It would be naive to think that the pornographication of our culture is not at play in the story of the creep Cooper and his female victims. The lust and sexual addiction it fosters leads people to do evil and stupid things.

Even the supposedly happy, wildly successful, and fabulously wealthy aren’t immune; just consider former Democrat Rep. Anthony Weiner, Charlie Sheen, and Tiger Woods. Or, consider the biblical examples of David’s affair with Bathsheba (resulting in the murder of one of the king’s most trusted soldiers) or King Herod’s decision to behead John the Baptist after Herod watched his daughter-in-law perform a seductive dance. Obsessive sexual behavior also seems intimately linked with murder and other evils.

“Lust is forever threatening to stifle virility as well as intelligence. Impatient to create, it can only contaminate in the germ the frail promise of humanity; it is probably at the very source, the primary cause of all human blemishes,” writes George Bernanos in his novel The Diary of a Country Priest. “Impurity does not destroy this knowledge, it slays our need of it. … You no longer wish to know yourself. … You no longer want to possess yourself.”

The pornographication of American culture incited Cooper’s exploitative behavior; it also deadened the ability of his victims to think clearly. We can conclude the Washington Post fails to acknowledge this because such behaviors — widely considered bizarre, foolish, and self-destructive only a generation ago — are now, sadly, so very common. 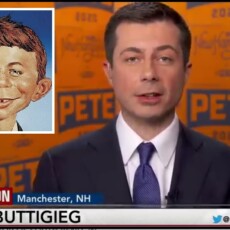 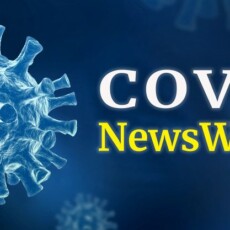 Fauci: ‘Vaccinate the Children,’ They Are ‘Vehicles of Spread’ + More

Exclusive–Lonergan: Postcard from McAllen: Biden Brings Chaos, Disease and Death to Our Border