Former Vice President Joe Biden’s selection of Sen. Kamala Harris (D-CA) sparked enthusiasm for the ticket in Silicon Valley as Harris has kept a close relationship with big tech and done little to obstruct the industry during her tenure in office.

Recode wrote on Tuesday that Biden has struggled, until recently, to “excite the wealthiest and most powerful tech moguls,” whereas Harris will bring “superfans” from the Silicon Valley billionaire class to help out the Democrat presidential ticket.

Biden’s selection of Harris, as opposed to anti-tech big tech Sen. Elizabeth Warren (D-CA), signals that a Biden-Harris administration would likely take a lax attitude toward big tech regulation, and likely stray away from regulating it or pursuing antitrust solutions for allegedly anti-competitive behavior.

Cooper Teboe, a top Democrat fundraiser in Silicon Valley, said that roughly one-third of the donors he’s spoken to believe Harris would serve as one of the most big tech-friendly vice presidential candidates.

Big tech billionaires have even developed deep admiration for and friendships with Harris.

Salesforce founder Marc Benioff told Recode that Harris is “one of the highest integrity people I have ever met.”

Joe Biden you made a great choice!

“As senator from California, Kamala Harris was understandably aligned with Big Tech,” McNamee claimed. “As vice president, she has an opportunity to stand up for all Americans.”

When it comes to her time in the Senate and on the presidential campaign trail, Harris has had a mixed record in regards to her attitude towards big tech.

While she has grilled Facebook CEO Mark Zuckerberg for the company’s alleged misuse of Americans’ private data, she has waffled over how she would address calls for using antitrust against America’s largest technology companies. She has also dodged questions over whether the federal government should break up big tech companies, only to suggest that “we have to seriously take a look at that.”

Sen. @KamalaHarris: “Facebook has experienced massive growth and has prioritized its growth over the best interests of its consumers.”

“We need to seriously take a look” at breaking up Facebook, “it is essentially a utility that has gone unregulated.” #CNNSOTU pic.twitter.com/ywbJk6gxvC

“The tech companies have got to be regulated in a way that we can ensure and the American consumer can be certain that their privacy is not being compromised,” Harris told the New York Times.

However, Sally Hubbard, a director of enforcement strategy at the Open Markets Institute, said, “All of the problems with Facebook all come down to two things. “Its business model and the fact that it’s a monopoly power. You can’t fix that with better privacy standards alone.”

In one instance, she did call on Twitter CEO Jack Dorsey to ban President Donald Trump’s Twitter account over the president’s questioning of the legitimacy of the intelligence officer “whistleblower,” used to launch an impeachment inquiry against Trump.

Big tech donations helped launch her into the Senate after her time as the attorney general of California. Harris received $214,000 in donations from big tech to help get her elected to become the junior senator from California, which included maximum contributions from Sandberg.

“As a senator, Harris has been mostly quiet on policy-making issues that carry implications for Facebook and Google,” HuffPost wrote.

Harris remained quiet on the 2018 sex-trafficking bill, which carried considerable implications for Google and Facebook. She only became a cosponsor of the legislation when it became apparent that it would pass through the Senate.

Big tech remains one of her largest donors over her career in Congress.

Alphabet, the parent company of Google, donated $161,137 to Harris over time in the Senate.

Apple donated $81,329 during her time in Congress.

Joel Kotkin in the City Journal noted that Harris is “Silicon Valley’s dream of political control.”

“Harris is also the favored candidate of the tech and media oligarchy now almost uniformly aligned with the Democratic Party,” Kotkin wrote in 2019.

Given the media’s obsession with style, race, and gender, we would do well to understand what agenda lurks behind Harris’s atmospherics. The reality: if she wins, the tech oligarchy — titans of today’s Gilded Age — will have achieved commanding influence, not just in the information business and the media, but in the White House as well.

Kotkin also explained that Harris did little to prevent the rise of controlled power amongst the Silicon Valley companies. He wrote:

Harris has not called for curbs on, let alone for breaking up, the tech giants. As California’s attorney general, she did little to prevent the agglomeration of economic power that has increasingly turned California into a semi-feudal state dominated by a handful of large tech firms. 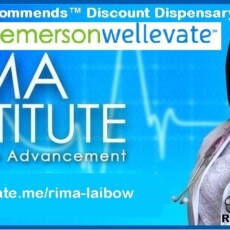 Whitehouse: Now Is ‘the Right Time’ for Breyer to Retire 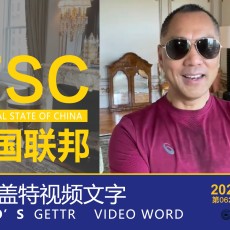 419 Is the Most Important Day to Whistleblowers’ Movement & the NFSC