It only took 5 days to find a lung donor for the first CCP virus (COVID) survivor in China. Who is the donor of the pair of lungs? Does it mean that another person’s life was taken away? Has live organ harvesting ever stopped in China?

Did you know? The first survivor of the CCP virus (COVID) in the world had to transplant two lungs in order to survive. This is a 59 years old Chinese man. Another thing that broke the world record is it only took 5 days to find a lung donor.

The patient is a confirmed case on January 26th. He was incubated on February 7th. On ECMO ventilator after 15 days. He was transferred to Jiangsu Wuxi General Hospital on February 24th .On February 29th he underwent two lungs transplant surgery. It only took 5 days from transferring hospital to transplanting the two lungs.

It really makes people wonder how fast it took to find a perfectly matching and a healthy pair of lungs in a short period of time? Who is the donor of the pair of lungs? We know that whomever had their lungs removed, they have to die. After this successful operation. Does it mean that another person’s life was taken away from them? The demand for the lungs is globally high, but the supply is limited.

There was a news article from China that reads. On average, there are 1in 50 patients are waiting for one lung donor. Among all, 20 to 30 patients would die while waiting. According to the international practice, the death rate of the donation registry is usually 0.7%. Because of the lifestyles that people had or due to age or illness. In the end, only 1% to 2% of the people who died meet the requirements for organ transplantation.

According to this data. Out of 300 thousand donors in China per year, only 21 to 42 people meet organ transplant requirements.This lucky patient is lucky enough that it had occurred during the death of these donors and able to find a pair of perfectly matched lungs in 5 days. It’s almost impossible.

The Chen Jingyu team which was in charge of this operation is another questionable situation. Not only Chen Jing Yu is the lungs transplant specialist from Jiangsu, China. His name also appeared on the key tracing list of the United States Tracing International Organizationfor accusation of multiple organ operations of unknown organ origin.

“He is suspected of live organ harvesting. He wrote a scholarly article   that was published on January 29th, 2021. From 2002 to January of 2011, he was able to obtain 100 lungs for transplantation. However, organ donation in Wuxi City only started in July 2011. There were only 29 donation cases until 2017, which means that the 100 lungs were not all from voluntary donation. “

the CCP’s forced organ harvesting from conscious prisoners. Existed  for many years.There is clear evidence that shows for the past 20 years. The CCP has been harvesting organs from Falun Gong practitioners who were all killed.

On September 24th, 2019 The People’s Court’s judgement was submitted to the UN Human Rights Council. I have considered all available evidence and concluded that forced organ harvesting from prisoners of conscience including the religious and ethic minorities of Falungong and Uyghur have been committed for years throughout China on a significant scale.

It seems that this incident was regarded by the CCP as the result of a protest to propagate about lung transplantation. Is it on the other hand to view this situation from a different perspective. Has live organ harvesting ever stopped in China? The world’s first internationally renowned lawyer David Matas who conducted an independent investigation on live organ harvesting and pointed out that, the CCP has been trying to conceal the truth about live organ harvesting.

You see it that the global system had insisted on transparency and accountability and dealing with organ transplant abuse. And China has come to a global pressure for transparency and accountability in its health system and dealing with organ transplant abuse.We wouldn’t have this coronavirus. And this time the pandemic has spread from its origin. The CCP is using the same tactics to conceal the truth of the pandemic.He pointed out that people are now dealing on the consequences for ignoring the CCP’s crime on live organ harvesting 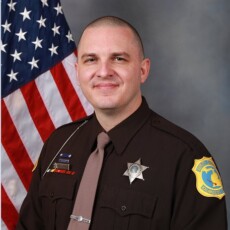 Podcast: What Your Child Reads Changes His Soul 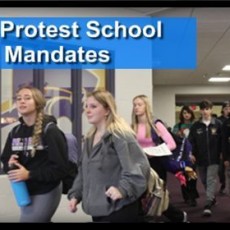