PHILADELPHIA – Amir Harvey, 20, of Philadelphia, PA was arrested and charged by Criminal Complaint with carjacking and carrying a firearm during and in relation to a crime of violence, in connection with a carjacking incident which occurred in Northeast Philadelphia earlier this month.

As detailed in the Criminal Complaint, in the early morning hours of September 19, 2022, Philadelphia police officers respond to a report of a robbery in progress in the 8900 block of Maxwell Place, where the victim reported that her car had just been stolen by an armed individual as she and her teenage daughter were getting ready to leave to go to school. The victim stated that around 6:15 a.m., she started her vehicle using an application on her cell phone. A short time later, she and her daughter exited their house and walked to the car parked in the driveway in front of their home when they were approached by an armed individual, later identified as the defendant, who pointed a black handgun at their heads. The defendant allegedly took the keys to the vehicle out of the victim’s purse and sped away. The victim used the location tracking feature on her cell phone application and informed police, who responded to its location on the 2000 block of Griffith Street, about 2.5 miles from the victim’s residence. Using neighborhood video surveillance footage, investigators traced the movement of the victim’s vehicle and the defendant to a nearby apartment complex.

“Through the Philadelphia Carjacking Task Force, we are continuing to investigate, arrest and prosecute those responsible for the spate of carjackings we have seen in Philadelphia in recent months,” said U.S. Attorney Romero. “As alleged, this defendant threatened the lives of a mother and daughter going about their daily morning routine. Carjacking is not game or a fun pastime, it is a serious federal crime with severe consequences.”

“When the Carjacking Task Force was established several months ago, this is exactly the type of crime we set out to investigate,” said Matthew Varisco, Special Agent in charge of ATF’s Philadelphia Field Division. “As the Indictment alleges, this is a seriously violent crime with the lives of innocent victims being threatened. ATF and our local, state, and federal partners will continue to collaborate and seek justice for the victims of violent gun crimes like this.”

“While we are grateful that this dangerous individual has been taken into custody, the increase in the number of carjackings seen across our city and nation continues to be disturbing,” said Philadelphia Police Department Commissioner Danielle Outlaw. “Victims of carjackings have been spread across all demographics, and just as alarmingly, the demographics of the offenders have also been the same. Law enforcement refuses to tolerate this criminal behavior; and the PPD, along with our fellow Task Force partners, will not stop until we bring each and every offender to justice.”

WATCH: Man Yells ‘Jesus Christ Is Our Lord And Savior’ As Cop Tases Himself During Bungled Arrest Attempt 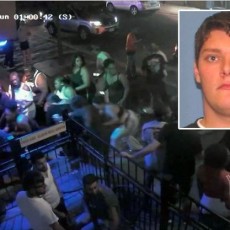 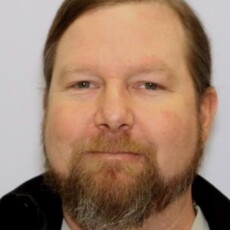