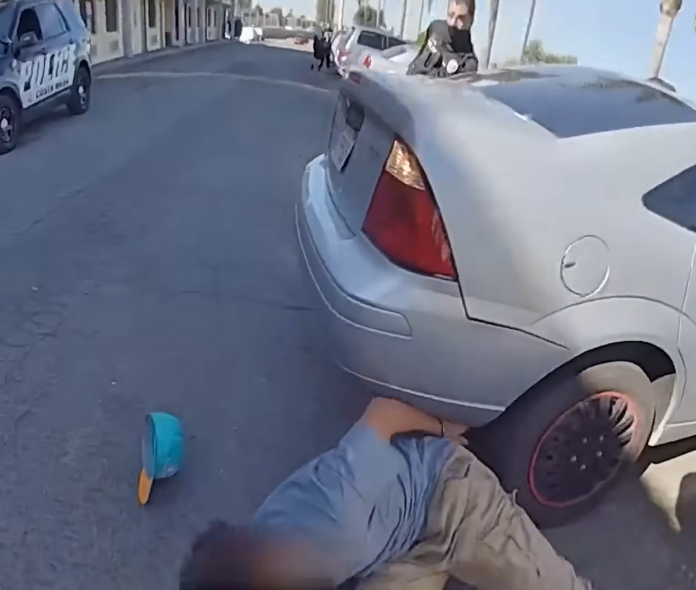 Costa Mesa, California — On February 19, 2021, at approximately 10:15 a.m., Costa Mesa Police Officers Joe Lopez and Eric Molina were assigned to the Crime Prevention Unit (CPU) on routine patrol of the La Quinta Inn parking lot. Officers located a parked 2006 Ford Focus occupied by two males and a female. Lopez saw Jose David Valdez in the driver seat with his head slumped forward on the steering wheel. He believed Valdez had just used drugs, was on “the nod,” meaning under the influence of drugs, or had possibly overdosed. Lopez approached the driver’s side while Molina approached the passenger side. Witness 1 was the front passenger with Witness 2 in the left rear passenger seat behind Witness 1. Lopez recognized Witness 2 from prior narcotics investigation contacts. Molina searched Witness 2, while Lopez conversed with Valdez. Valdez’s left hand was bandaged. During the investigation, Witness 1 stated she heard Valdez shot himself in the hand. Valdez had told Witness 1 the vehicle they were in was a “G-Ride”, which is slang for a stolen vehicle.

Lopez instructed Valdez to keep his hands on the steering wheel, however, Valdez repeatedly moved his right hand toward the center console, his waistband, and the area of his right leg. Lopez was concerned Valdez may have had a weapon and he had not been searched. Molina located drug paraphernalia on Witness 2 and cuffed his hands behind his back. Molina sat Witness 2 on the asphalt behind the left rear bumper of the Ford Focus. Molina had Witness 1 step out of the vehicle and move behind a vehicle parked east of the Ford Focus where he searched her. Valdez suddenly started the vehicle, placed it in reverse, and accelerated. Lopez and Molina shouted commands for Valdez to stop. Molina was unsuccessful in pulling Witness 2 from the path of the Ford Focus as it reversed. Witness 2 screamed as the left rear tire ran over his handcuffed hands. Witness 2 was then struck by the open passenger door and the front right tire. Lopez could hear Witness 2 screaming but could not see him. He described his thoughts, stating “If [Witness 2] isn’t already pinned or, or dead under there, he’s obviously screaming, he’s gonna be soon, um, imminently.” He said, “…I had to put a stop to it.”

Molina said, “The vehicle was put, or as the vehicle was reversing, I then made the determination to, uh, remove my firearm and fire at the vehicle and, because I believed that he [Valdez] was an imminent threat of death or seriously bodily injury to [Witness 2]. And as the vehicle was backing up, it was positioning itself for it to face me and the woman that was, I was searching who was still standing next to me.” Molina stated that he was “unsure of [Witness 2’s] condition whether he had sustained a major injury or not.” Molina and Lopez fired their department-issued handguns at Valdez. Lopez fired twice and Molina fired three times. The left rear bumper of the Ford Focus struck the left front bumper of their parked police vehicle. Witness 2 was eventually able to escape the vehicle’s path because the police officer on the passenger side saved him by pulling him away. Lopez saw Valdez put the Ford Focus in drive and start moving forward toward Molina and Witness 1. Molina fired four additional times through the windshield at Valdez. Lopez fired once toward Valdez from the driver’s side.

Molina evaluated Witness 2’s injuries and then went to help Lopez remove Valdez from the vehicle. CMPD officers provided Valdez with medical aid, which included Cardio Pulmonary Resuscitation (CPR) until Costa Mesa Fire Department (CMFD) paramedics arrived. CMFD transported Valdez by ambulance to Orange County Global Medical Center (OCGMC) where he later died from his injuries. Witness 2 was also transported to OCGMC and treated for non-life-threatening injuries. The Ford Focus had been reported “missing with the keys” to the Newport Beach Police Department on February 16, 2021. A Hellcat .380 semi-automatic handgun was located in the left pocket of Valdez’s jacket. The handgun contained a loaded magazine, but there was no round in the chamber. 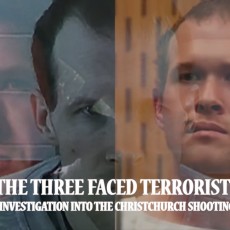 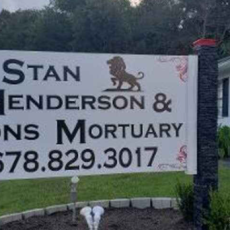