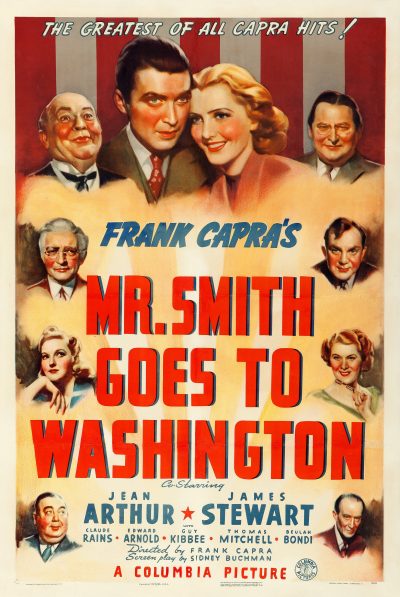 Unfortunately, this time around Serbia was not lucky to have a guileless but unquestionably upright public servant like James Stewart (playing the role of the endearing Mr. Smith) to represent it in Washington. (image left).

Referring to the fictional Mr. Smith, who turns up in Washington as the newly-elected senator from some distant prairie state, the movie trailer says that “his plans promptly collide with political corruption, but he doesn’t back down”.

One wishes the trailer blurb could be applied to what happened in Washington on September 3 and 4, at what was misleadingly billed the “Kosovo Economic Conference.”

But instead, it would be more correct to say that unlike the lucky people of Kansas or Nebraska, or wherever Mr. Smith happened to come from, Serbia was represented in Washington, figuratively speaking, by the chicken-hearted Dr. Emil Hácha, yes, the famous Czech statesman of post Munich fame who on March 15th, 1939 signed the document stating he had “confidently placed the fate of the Czech people and country in the hands of the Führer of the German Reich.” (See also Avalon Law, Yale Edu)

But history does not necessarily repeat itself.

Trump, Pence, Grenell and the lot of them did not have to chase president Aleksandar Vučić  (image right, with Pres Trump) around the table to make him sign anything; he was happy to do it of his own volition, glowing with puerile pride at the end of the ceremony when the American president magnanimously rewarded him with his pen.

Little did the Balkan country bumpkin know something that every American schoolboy who watches television could have told him. This particular act of regal generosity is a standard feature of Presidential signing rites, as some YouTube homework done before departure from Belgrade would have made clear.

But juvenile swooning over a Presidential pen is scarcely the gravest and most unstatesmanlike impropriety that marked Aleksandar Vučić’s whirlwind Washington tour, an episode that will, as a real statesman once remarked, live in infamy, at least in the annals of Serbia’s diplomatic relations.

What was actually signed, albeit with a different pen, was incomparably worse than the silly caper with the Presidential pen. 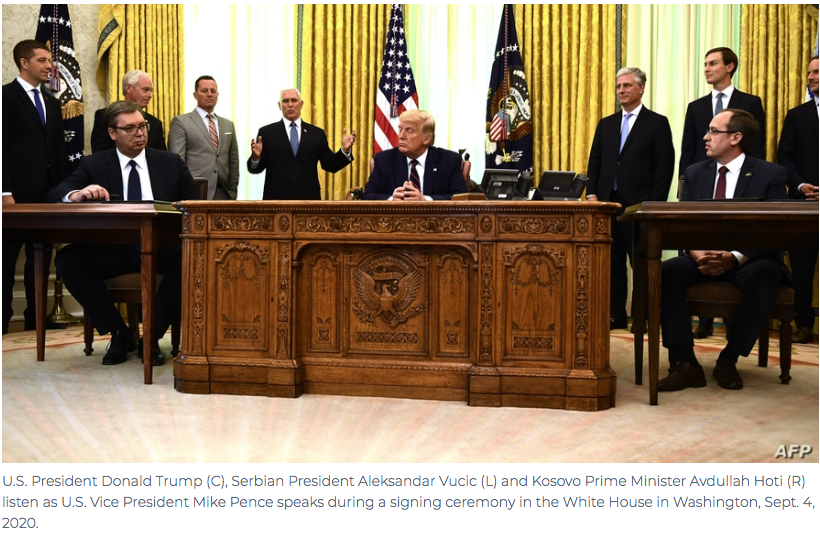 For starters, the supposedly “economic” summit of the parties had little to do with their shipwrecked economies, or with finding ways to resuscitate them. The principal points to which the Balkan parties committed were beneficial exclusively to third parties.

Serbia is to diversify its “energy sources,” i.e. renounce its perfectly satisfactory energy arrangements with the Russian Federation.

By implication, that must lead to abandoning the South Stream project that would have been highly beneficial to its treasury.

It must also “prohibit the use of 5G equipment supplied by untrusted [Chinese] vendors” but after “removal” it must substitute for it equally harmful 5G equipment manufactured by trusted American firms. (The Agreement is a hilarious mixture of cowboy diplomacy and fanciful posturing; are there still US factories capable of producing 5G equipment, or may “trusted” products still be manufactured in China but by American firms, as long as it is not Huawei?)

Finally, Serbia is informed that it will move its Tel Aviv embassy to Jerusalem by this time next year and that Israel will establish diplomatic relations with “Kosovo.”

The precious moment when Trump breaks the news to the obviously out of the loop President Vucic has gone viral, but the undoubtedly best version of this memorable scene was posted by the Turkish press agency, with the (to Serbian viewers) hysterical acronym TRT. One of the TRT reader’s reactions to this burlesque in the TRT comments section wraps it all up: “I bet that Serbia and so called Kosovo signed peace agreement between Israel and Palestine but they don’t even know it yet”.

To the extent that the meeting to which the two Balkan chieftains were summoned did have any relation to economics, it was to bolster US economic interests in the region, to be sure.

The Fox News post about the Oval Office proceedings makes that abundantly clear. The “great” and “fantastic” (some of the President’s favorite hyperbole that he used lavishly) thing about this economic conference is that it opens up business opportunities for the United States “in these two countries” [at 9:27 minutes video below]. While ravaged in 1999 by NATO depleted uranium munitions on the surface, Kosovo is literally a pot of gold just underneath.

Whose capital will now claim the fabulous mineral resources of the Trepca mine complex? 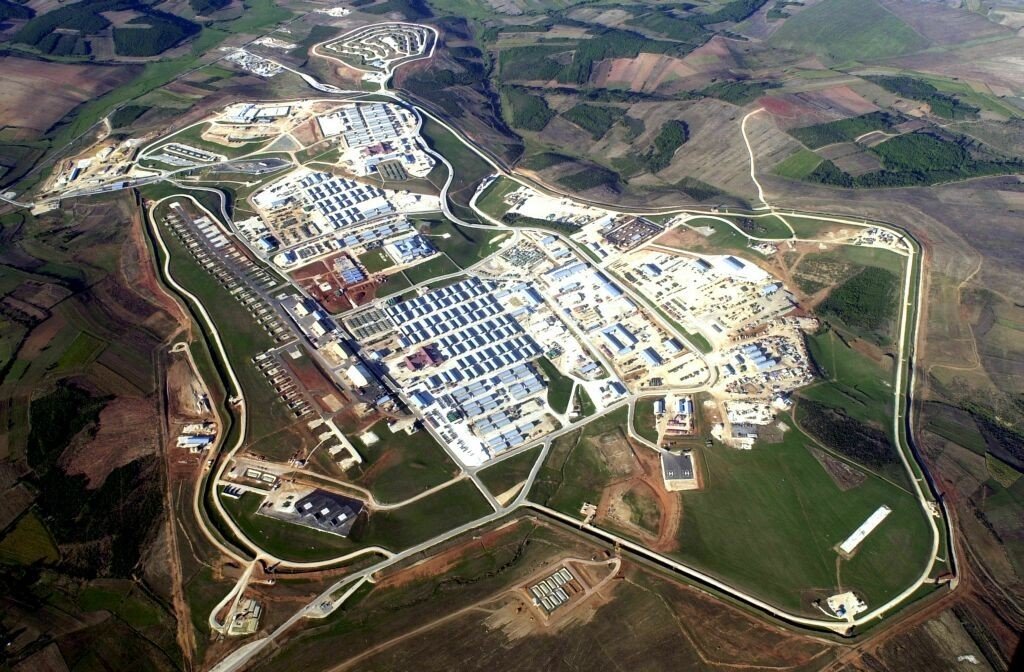 Last but not least, this “economic agreement” between “Serbia and Kosovo” features also several enigmatic infrastructural provisions: completion of the “Peace Highway,” rail link between Pristina and Merdare, and rail link between the south Serbian city of Nis and Pristina.

For whom are these communication facilities being built and how exactly will they generate jobs and prosperity for local citizens?

The operationalization of these projects (some of which have already been started) is to proceed under the auspices of the U. S. International Development Finance Corporation, described as “America’s development bank.”

So the projects enumerated in the Agreement under the guise of stimulating the local economy have in fact nothing to do with invigorating the flow of tomatoes and potatoes, but have got everything to do with completing NATO’s Balkan infrastructure network, with Camp Bondsteel (US military base) in Kosovo (image left) as its obvious hub.

What ultimate purposes that infrastructure is being built to serve it does not take much imagination to fathom.

Stephen Karganovic is president of “Srebrenica Historical Project,” an NGO registered in the Netherlands to investigate the factual matrix and background of events that took place in Srebrenica in July of 1995. 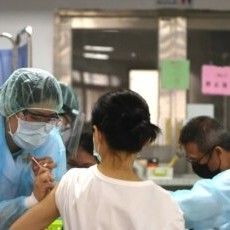 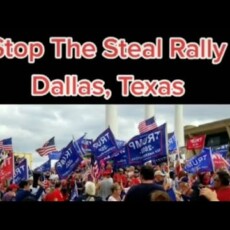 Stop the Steal rally in Dallas…