Is Dr. Tedros in conflict of interest, going against a committee of medical doctors and scientists?  The WHO is funded by the Gates Foundation. And Bill Gates is centrefold. He has been pushing for the monkeypox scenario since 2017. And guess what: it’s the Real Time PCR test which the CDC declared invalid for detecting SARS-CoV-2 (effective December 31 2021) which is now being used to “detect the monkeypox pathogen”.

Video: “The Psychiatry of COVID-19”. A Conversation with Dr. Emanuel Garcia

Now that monkeypox has been declared a global health emergency, let’s not forget how the last health “emergency” was handled. Dr. Emanuel Garcia, a New Zealand psychiatrist and medical freedom advocate who emigrated from the United States in 2006, reports on the stages of the absurd and yet all too familiar COVID response in his adopted country.

PfizerGate: Official Government Reports Prove Hundreds of Thousands of People Are Dying Every Single Week Due to COVID-19 Vaccination

You were instructed to stay at home to protect the healthcare system. But while you did so, hospitals essentially had a holiday, and this is backed up by official data. You were told the answer to everyone’s prayers was to get the Covid-19 injection. But now that you have done so, the healthcare system is on the brink of collapse.

Video: Sinjajevina, A Plateau in the Mountains of Montenegro Which Has Become a Military Base for NATO

In this special Pangea’s Grandangolo episode, Jean Marazzani Visconti interviews Pablo Dominguez, an eco-anthropologist specialized on traditional pastoral mountain commons, and Milan Sekulović, president of the Association for the Defence of Sinjajevina, to discuss what is happening in Sinjajevina and their desperate defence of this precious territory.

Korea as Commons. Where Is the Peninsula Heading in the Political, Economic and Cultural Senses

Could an emergent North Korea provide the world with a new, from-scratch benchmark of sustainable, collaborative economic and social development? With geopolitical change and emerging technologies, the idea of a national “commons” now looks increasingly feasible.

In a cluster of dusty hamlets south of Hebron, a decades-long contest of wills between Palestinians and the Israeli government may be coming to an end. After a legal battle lasting over 20 years, the Israeli High Court of Justice ruled in early May that the army could evict over 1,300 Palestinians living inside a military training zone that covers miles of rolling hilltops.

President Biden’s top Asia official on the National Security Council said the US will be conducting “air and maritime transits” in the Taiwan Strait in the coming weeks in response to China’s military exercises that were a consequence of House Speaker Nancy Pelosi’s visit to Taiwan.

More than 70 economists sent a letter to President Joe Biden and Treasury Secretary Janet Yellen today urging them to allow the central bank of Afghanistan access to $7 billion in foreign reserves that the Biden administration blocked access to last year following the Taliban takeover of the Afghan government and the US military withdrawal from the country.

A group of 17 Republican governors, including Kristi Noem of South Dakota, Brian Kemp of Georgia, Kevin Stitt of Oklahoma and Glenn Youngkin of Virginia, sent a letter to President Joe Biden Wednesday asking him to lift COVID jab requirements for foreign travelers entering the United States.

In response to the growing truth movement that warns against a totalitarian, tyrannical takeover, the United Nations has now declared war on “conspiracy theories” that suggest world governments are anything but honest and ethical, and have published a comprehensive guide on how to debunk and strike down claims to the contrary. According to the U.N., world events are “not secretly manipulated behind the scenes by powerful forces with negative intent”. 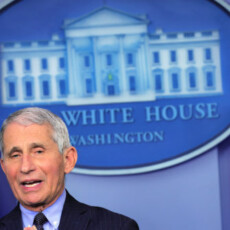 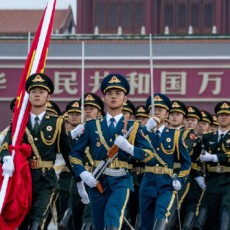