For eight years, NATO has backed puppet rulers in Ukraine, funded attacks on Donbass, repeatedly violated the Minsk Treaties, outlawed the speaking of Russian in the Luhansk and Donetsk Republics, and has destroyed democratic opposition and free media in Ukraine, leaving it a one-party government, essentially owned and financed by the US and administrated by US operatives.

Will the United States and NATO Wake Up to What Happened at the Meeting of the Shanghai Cooperation Organization?

The speeches by Russia’s Vladimir Putin and China’s Xi Jinping are especially noteworthy. Both countries put the United States on notice that the United States and NATO will be treated as a sponsor of terrorism because they supply weapons to Ukraine that are being used to attack civilian targets.

Could Forthcoming Donbass Referenda be Russia’s “Defense-Oriented” Response to Kharkov?

There are arguments for and against each of the primary participants in the conflict agreeing to the scenario of Donbass referenda ending the military phase of the conflict before the coming winter.

Mohammed Burgess of Latakia, Syria is the sole survivor of the deliberate murder of his entire family by the Greek Coast Guard on Tuesday, September 13.  Burgess and his wife and two children boarded a migrant ship in Lebanon and were headed toward Italy when the ship began having problems and finally ran out of diesel fuel.

Psychological warfare, as the U.S. Army’s 4th Psychological Operations Group explained in a recruiting video released earlier this year, enables the government to pull the strings, turn everything they touch into a weapon, be everywhere, deceive, persuade, change, influence, and inspire.

The Real US Agenda in Africa Is Hegemony

Africa has 54 nations as UN members. Any truly representative UNGA meeting should place Africa’s problems at the forefront. Once again, that’s not the case. So it is left to African leaders to offer that much-needed context outside of the UN building in New York.

With Mounting Evidence of Israeli Responsibility, Canada Must Support an ICC Investigation Into the Killing of Shireen Abu Akleh

By Canadians for Justice and Peace in the Middle East, September 23, 2022

In May, Foreign Affairs Minister Mélanie Joly had called for a “thorough investigation” into the incident, but Israel’s recent military probe has failed to find any responsibility, despite admitting that Israeli forces most likely killed her. CJPME argues that Canadian support for an ICC investigation is necessary due to the inability and unwillingness of Israel to hold itself accountable.

Twilight of the Tigris: Iraq’s Mighty River Drying Up

It was the river that is said to have watered the biblical Garden of Eden and helped give birth to civilisation itself. But today the Tigris is dying. Human activity and climate change have choked its once mighty flow through Iraq, where—with its twin river the Euphrates—it made Mesopotamia a cradle of civilisation thousands of years ago.

This week’s Lebanese bank strike can only deepen the country’s multiple crises, causing the currency to hit an all time low in value against the US dollar as the state-owned electricity company shut down its plants and fuel subsidies were cancelled.

Bloomberg reported that Europe is importing liquefied natural gas, diesel, and crude from far away regions that keep tankers in transit for extended periods and delay return to service for other critical shipping lanes. Shipping experts warn this is sparking the latest surge in global tanker freight rates. 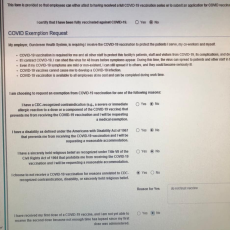 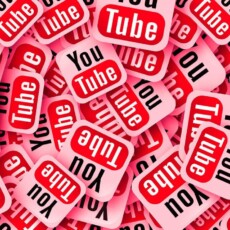 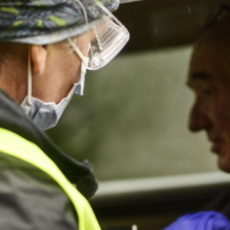 It’s Baa-ack! Flu Makes A Comeback After Unusual Year Off