It was uncanny. During the past two and a half years virtually every doctor in the West who dared to question the official Covid Narrative – by raising doubts about the Jab, by discussing natural immunity, individualized treatment, informed consent, and by questioning draconian mandates and restrictions​ – found themselves under attack by their local medical authorities.

December 10 is Human Rights Day. On this day, U.S.-led Western states that are responsible for a majority of the most horrific crimes against humanity will cynically exploit the human rights idea, partially to deflect from their sordid records, but also to enlist the liberal human-rights framework into their arsenal of ideological weapons.

Can Germany’s Plan for Confrontation with Russia Work? Is the Bundeswehr Preparing for War?

On November 14, Der Spiegel published a report according to which leaked documents of the German Ministry of Defense indicate that the Bundeswehr is preparing for a war with Russia. The secret draft titled “Operational guidelines for the Armed Forces” was authored by the German Chief of Defense Staff, General Eberhard Zorn.

EU Better be More Independent from US to Overcome Crisis

As the security crisis and energy instability worsen in Europe, mainly in Germany, the unfeasibility of continuing the current European model of automatic alignment with American foreign policy becomes increasingly evident. American rivalry with Russia, passively embraced by European states, seriously violates EU’s interests and places the entire bloc under a serious threat.

While many are now familiar with the manipulation of predictive modelling during the COVID-19 crisis, a network of powerful Malthusians have used the same tactics for the better part of the last century in order to sell and impose their agenda.

The German leader just published what can be interpreted as his manifesto explaining why his country must supposedly restore its prior hegemonic status, and it was released by none other than the same magazine run by the Council on Foreign Affairs, which is regarded as among the most influential policymaking platforms in the US-led West’s Golden Billion.

China’s “Third Opium War”. Covid-19 and the Opium Wars. The Alliance of Global Finance and IT Tyranny

COVID-19 is a global operation run for the benefit of the super-rich that aims to destroy the lives and the minds of the citizens of China, and the world. The current operation in China is most likely directed by private intelligence firms based in the United States, Israel, Great Britain, and also in China.

What is Truth, What is Lie? How to Reach Fellow Human Beings Intellectually and Emotionally?

Time and again, courageous enlightened people are faced with the question of how to reach out to their fellow human beings intellectually and emotionally in order to be able to take away their individual and collective prejudices.

Ghana to Buy Oil with Gold Instead of USD. Next for US-led Coup?

Ghana’s government recently announced plans to procure oil using gold rather than US dollars – the currency predominately used in the global oil trade.

Imagine, the European Union (EU) and the G7 (Canada, France, Germany, Italy, Japan, the United Kingdom and the United States), decide to put a price cap of US$ 60 per barrel on Russian oil. Just like that. Europe – a US-vassal – is going out of her way to bash Russia, to sanction Russia, and scream, “we won’t buy any Russian energy!”

Sen. Ted Cruz on Twitter Files Revelations Regarding 2020 Elections: “This Was All About Weaponizing Big Tech” 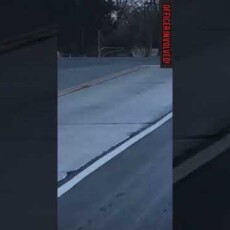 Jenna Ellis Resigns From GOP To Protest ‘Betrayal’ Of Trump