Is It True that the New Covid Variants Are Very Dangerous?

According to what we hear from officials and the mainstream media, the new variants are the most dangerous and unpredictable beings since Osama bin Laden.

The PCR Test does not Identify the Virus: Covid “False Positives” Used to Justify the Lockdown and Closure of the National Economy.

We are led to believe that the corona epidemic has entered into a Second Wave, and that the virus is spreading relentlessly. That’s a lie. The PCR test used to estimate covid positive cases is flawed. There is no second wave.

The Big Picture of the plan is clear. It plays out in front of our eyes. And we do not want to see it. Or we are blinded by the relentless lie- and deceit-propaganda stream flooding us with false news and outright lies about covid – and what’s to come.

Towards 2030, NATO Is Shaping Our Future

The report painted the picture of a world characterized by “authoritarian States seeking to expand their power and influence”, posing to NATO allies “a systemic challenge in all security and economy fields”.

What is In Store for The World. BAKS Recommendation to German Government: “Support Military Strike by the USA and/or Israel Against Iran!”

What is in store for the world? US Secretary of State Antony Blinken claimed on 1.02.2021 that Iran was only a few months or even weeks away from possessing enough fissile material to build a nuclear bomb, which was reason for the USA and Israel to intervene militarily.

Why Israel Is Joining the Pentagon’s ‘Arab NATO’

With none of the usual fanfare associated with such a momentous decision, the Pentagon announced last month a major reorganisation to bring Israel – for the first time – inside its military command in the Middle East alongside the Arab states.

World Court to Hear Iran’s Case Against US Sanctions

Unilaterally imposed sanctions by one nation on others breaches international law. UN Charter Article II prohibits the practice. It mandates that all member states “settle…disputes” according to the rule of law.

The Decline and Fall of the American Empire

The irony of the Bush administration’s imperial pretensions was that America has been an empire from its very founding, and that a White House staffer’s political use of the term “empire” in 2004 was not emblematic of a new and rising empire as he claimed, but of a decadent, declining empire stumbling blindly into an agonizing death spiral.

“Power Games All Over the Place”

Struggle is a process, a process that doesn’t end in Washington. And it’s a process which too many Democrats who become energized largely by the presidential drama every four years, often relinquish. Republicans meanwhile press ahead in the shadows, like in state capitals.

The Legacy of Cicely Tyson: Pioneer for Representation in Film, Fashion and Television

In the January and February issue of Essence magazine excerpts from a newly released autobiography by Cicely Tyson, Just As I Am, provide insights into the nearly one century life’s journey of a legend within the entertainment and cultural milieu in the United States. 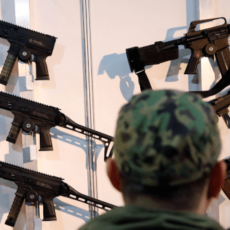 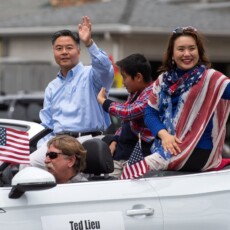