RNA inoculations, misnamed vaccines. People are lined up for them now as they are being told incessantly to “get your shot.” The RNA inoculations are not vaccines. To call them vaccines is linguistic mind control.

In Our Hurry to Conquer Nature and Death, We Have Made a New Religion of Science

Foolishly, we have made a religion of science. We have forgotten that in a world of unknowables, the application of science is necessarily tentative and ideological. It is a tool, one of many that we can use to understand our place in the universe, and one that is easily appropriated by the corrupt.

The Legitimacy of the WHO as a Gold Standard of Health is Dubious. Analysis and Review

The WHO is the front line command post for medical prevention (i.e., vaccination) and treatment. Consequently its rulings are often regarded as the gold standard. On matters of global health, the WHO holds dominance.

Pentagon Adds Africa to Global Battleground with China and Russia

Referred to as “malign actors,” China and Russia were accused of “coercive and exploitative activities” which “undermine and threaten” the stability of African nations. Anyone familiar with the history of Africa over the past five hundred years would have to be astonished by that claim.

The War of Global Corporate Wealth against Life and Humanity

Certain traumatic events are engineered that shock the population, disorient the population and create a deep mental trauma that makes it impossible for the individual, or the group as a whole, to comprehend what is taking place.

AK-47. Kalashnikov: The Amateur Inventor Who Shot to Global Fame

AK-47: Kalashnikov (2020) is a biographical film about Mikhail Timofeyevich Kalashnikov (1919–2013), the inventor and designer of the AK-47 automatic rifle.

On April 14, 2021, the President of the European Commission confirmed that Brussels is negotiating a contract with Pfizer for the production of 1.8 billion mRNA vaccine doses. This astronomical figure represents 23 percent of the World’s population.

Makers of COVID-19 vaccines are now destroying long-term safety studies by unblinding their trials and giving the control groups the active vaccine, claiming it is “unethical” to withhold an effective vaccine.

Gates Unhinged: Dystopian Vision for Agrifood Must Not Succeed

The high-tech/data conglomerates, including Amazon, Microsoft, Facebook and Google, have joined traditional agribusiness giants, such as Corteva, Bayer, Cargill and Syngenta, in a quest to impose a certain type of agriculture and food production on the world.

The new report on 2020 by the International Renewable Energy Agency reveals that the world’s renewable energy generation capacity increased by an astonishing 10.3% in 2020 despite the global economic slowdown during the coronavirus pandemic. 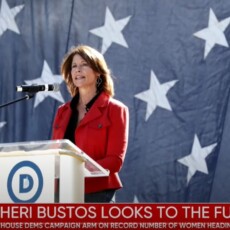 Donald Trump: Kamala Harris Must Not Become President Through the Back Door