US Election 2020: The Shame of the Nation. Duopoly and Electoral Fraud. “Democracy in America is Pure Fiction”

In order to finally pull the rug out from under the feet of our oppressors we have to recognize ourselves as the real actors – as people taking charge. Psychologically we must overcome victim-hood and develop faith in our creative abilities.

The U.S. arms industry—uncurtailed and inadequately regulated—does a brisk business in every corner of the world, but especially in the Middle East. The effects of this are especially gruesome in Yemen, where since 2015 Saudi Arabia has been engaged in an unremitting air war, supplied and supported chiefly by U.S. arms manufacturers.

President Donald Trump’s administration is set to announce “new sanctions every week” against Iran until the end of the president’s term in January, a US media report has claimed.

The massive psyops is ongoing. Everyone familiar with the Transition Integrity Project (TIP) knew how this would imperatively play out. This is a live exercise. Yet no one knows exactly how it will end.

Video: Armenian Defense Collapsed in Central Nagorno-Karabakh. Shusha Is in the Hands of Azerbaijan

The Armenian defense in the central part of the Nagorno-Karabakh region is in a deep crisis. Intense clashes in the areas of Martuni and Shusha were ongoing for the entire last week.

Will the Biden Team be Warmongers or Peacemakers?

Joe Biden has certainly paid his dues to and reaped rewards from the same corrupt political and economic system as Trump, as the latter delightedly trumpeted in every stump speech. But Biden must understand that the young voters who turned out in unprecedented numbers to put him in the White House have lived their whole lives under this neoliberal system, and did not vote for “more of the same.”

Biden and Harris Call for Unity. But Does Their Discourse Unify?

A truly democratic discourse from the progressive side, capable of galvanizing enough popular support to forge a governing consensus, would take on the political establishment and its betrayal of the nation and the people during the last four decades.

Days of the Future Passed – Point of No Return. Covid-19 and The 2020 Presidential Elections

One of the more pivotal years in modern history was 1979 and its geopolitical events.  Until recently I had considered them to be the most important alignment of events influencing future actions.  It is still of paramount importance in the hindsight of history, but events of our most recent year, 2020, will probably highlight another set of significant changes.

The Election of Joseph Biden and the Continuity of Plutocratic Rule

Across the great divide are 74 million voters who supported Biden in anticipation of securing a humane and sustainable future.  They are elated by the election of Biden and Kamala Harris, a woman of color, greeting the news with an enthusiasm not seen since the election of Barack Obama.  Their hopes will be disappointed. 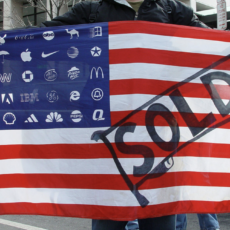 Vaccines Will Never Be Enough, So Media Is Conditioning Americans To Live In A Digital Fantasy Land Forever 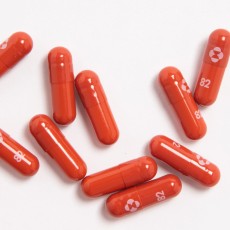 Why Ivermectin Is Superior to Pfizer’s Antiviral Pill