‘Obsolete, Misguided’: Critics Call Out Pfizer’s Plan for Bivalent Booster for Kids Under 5

Pfizer on Monday said if the bivalent booster receives EUA, children in this age group will receive two doses of the original COVID-19 vaccine, followed by a dose of the “updated” vaccine targeting Omicron subvariants BA.4 and BA.5.

It is commonplace in the west that the first and only recognized tragedy regarding Ukraine is Russia’s decision to invade on February 24th 22. It is without question an absolute tragedy as Russian President Putin’s decision should not be seen as anything other than both immoral and illegal.

December 7, 1941: The Bombing of Pearl Harbor and Japan’s Early Conquests 81 Years Ago

From the outset of World War II, the Franklin Roosevelt administration envisaged that America would emerge from the conflict in a position of global dominance. The United States had boasted the world’s largest economy since 1871, surpassing Britain that year, and the gap increased through the early 20th century and beyond.

81 Years Ago: Pearl Harbor and The Wars of Corporate America

The Roosevelt administration had been eager for some time to wage war against Japan and sought to unleash such a war by means of the institution of an oil embargo and other provocations. Having deciphered Japanese codes, Washington knew a Japanese fleet was on its way to Pearl Harbor, but welcomed the attack since a Japanese aggression would make it possible to “sell” the war to the overwhelmingly anti-war American public.

The historical, political and ethnic divisions in Ukraine go back decades, if not centuries, but we don’t have the space for that kind of deep-dive. For now, we’ll be keeping it to three simple parts: The fall of Viktor Yanukovych, the Crimean referendum, and the ensuing civil war which puts the region in a direct path to the events of today.

European policies which advocate mass joint borrowing among EU member states to further finance Ukraine’s resistance to the Russian invasion of the country will have devastating consequences for the continent, Hungarian Prime Minister Viktor Orbán warned on Friday.

Welcome to the early 21st century dystopian nightmare reality where Orwell’s 1984 is no longer fiction, and if you are hearing voices, it could be the government transplanting those thoughts in your head. If you think your appliances are listening to you, well, you may be right. Truth is treason and fact is fiction.  Freedom is selfish and fascism is kindness.

A government-linked Ottawa-based group, Ottawa People’s Commission on the Convoy Occupation (OPC), launched a public commission into the effects of Canada’s ‘Freedom Convoy’ protest in downtown Ottawa last winter. The globalist-led group claims to want “to address resident’s trauma and losses” due to the convoy. However, they seem to be exploiting residents of Ottawa in order to seize the millions of dollars Canadians donated to the Truckers Freedom Convoy.

To end the war in Ukraine, peace champions must win the war of ideas. This requires tackling two often-repeated claims that serve as obstacles to a diplomatic agreement between Ukraine and Russia. The first problematic claim is that the war was unprovoked; the second that Ukraine can achieve a decisive military victory. 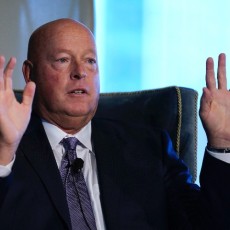 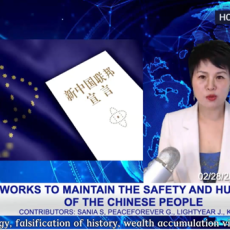 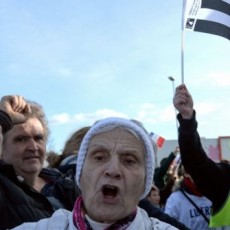 ‘They Can’t Stop Us’: Freedom Convoy Rolls into EU’s Capital Despite Government Ban