New research by top US government scientists has found that people exposed to the widely used weed killing chemical glyphosate have biomarkers in their urine linked to the development of cancer and other diseases.

House Republicans are demanding that President Biden and Senate Democrats agree to include spending cuts with the debt ceiling increase. However, President Biden and the congressional Democrats are refusing to negotiate with Republicans. Rather, they and their allies in the mainstream media are lambasting Republicans for their “irresponsibility” in seeking to include spending cuts with an increase in the debt ceiling.

Right & Left to Join in D.C. Protest: “Not one more penny for war in Ukraine.”

On February 19, Washington, DC, will witness a protest against the war in Ukraine that marks a sharp departure from past demonstrations. The lead demand is simple and direct, “Not One More Penny for war in Ukraine.” It is a demand that emphasizes what we in the US can do to end the war, not what others can do. After all, the only government we have the power to influence is our own.

This is the pattern that has been used ever since the Soviet Union ended in 1991 when the ‘anti-communist’ excuse for America’s post-WW-II global imperialism has no longer been available to use (such as had earlier been the case in Korea, and in Vietnam, and in Guatemala, and in Iran, and in Chile and so many other lands), prior to 1991.

China has entered new partnerships with the BRICS+, as well as a new strong alliance between China, Russia and Iran, as Iran has become a full-fledged member of the Shanghai Cooperation Organization – SCO. China has already 2 years ago “discounted” trade and investments with the west, notably with the US and Europe, and instead concentrated on the ASEAN countries.

All Masks Thrown Off. The Euro-Atlantic Elites Meeting in Davos, Profit Driven War on Ukraine

In January 2023, all masks were thrown off. The Euro-Atlantic elites, motivated after their meetings in Davos, realized that there was no more need to cover their true intentions with hypocritical appeals to “save the young Ukrainian democracy for the sake of world peace.”

Creating a Sacred Unity of Peoples, Cultures and Nature for the Americas

The United States of America is a term that contains in it all the hope and all the contradictions of our country, and of the Americas. That hope dates far back in the past, to the inspiring words of the Declaration of Independence that articulated a form of governance that was, at least in terms of its potential, unprecedented.

In the last several months, the Russian military has been conducting intensive training for approximately 300,000 newly mobilized soldiers, in addition to other preparations that would enable it to deliver a final knockout punch and end hostilities in Ukraine.

The Idea of Socialism Can Only Flourish in Peace and Freedom

In modern times, the Age of Enlightenment, people developed new ideas. But the socialist idea, the anti-militarist idea of peace, freedom, equality, justice and solidarity was shipwrecked. It was the hope of the proletarians of the whole world. We have all neglected these beautiful thoughts and thus destroyed them. There is no politics, no explanation of human concerns without knowledge of psychology. 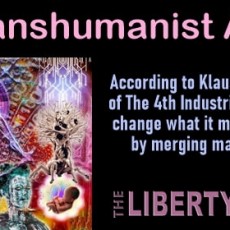 The Climate Strike Movement in Switzerland 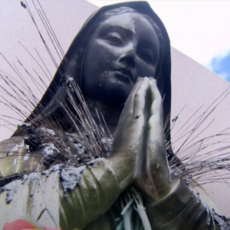