There Has Been No Mandatory Vaccination Executive Order

With civic guidance and political leadership absent on the heels of multiple national crises, the entire country is now roiled in an era of massive civilian disobedience campaigns as thousands of American workers seek protection from President Biden’s flawed vaccine dictates.

A new study published in the European Journal of Epidemiology proves what we “conspiracy theorists” have been saying all along about the COVID-19 shots: They cause symptoms leading to COVID-19 diagnoses rather than prevent them.

Liberty Counsel on Friday announced a class action lawsuit on behalf of members of all five branches of the U.S. military – the Army, Navy, Air Force, Marines and Coast Guard – against President Joe Biden over his orders they take the experimental COVID shots or face dishonorable discharge.

At the request of the Nebraska Department of Health, on Oct. 15, Nebraska Attorney General Doug Peterson issued a legal opinion that Nebraska healthcare providers can legally prescribe ivermectin and hydroxychloroquine for the treatment of COVID, so long as they obtain informed consent from the patient.

Businesses: $700,000 Fine for Not Complying with Vax Mandate

Buried in the massive $3.5 trillion “reconciliation” bill is an unconstitutional vaccine enforcement mechanism that threatens to bankrupt businesses unless they force their employees to get a COVID-19 injection.

Colin Powell: Iraqis Will ‘Not Shed Tears’ for 2003 Invasion Architect

For millions of Iraqis, Powell will be remembered as the man who presented false intelligence before the United Nations as to the existence and threat of former ruler Saddam Hussein’s weapons of mass destruction (WMD).

The problem with contrived narratives such as on Doklam in 2017 is that they can lead to situational blindness, whereby you are so focused on one aspect that you fail to notice the bigger picture.

Those who warned that Corona “vaccinations“ were the first step towards the genetic manipulation of humans faced harsh attacks from quality media, politicians and activists who denied this and ridiculed the corresponding fears.

118 members of the legal profession and legal scholars in Canada recently signed an open letter to Justice Minister David Lametti calling on the Minister to take immediate action to protect the rights of Dr. Hassan Diab by (1) giving immediate assurances that Canada will not accept nor accede to a second request for Hassan’s extradition; (2) urging France to put an immediate end to this continuing miscarriage of justice; and (3) suspending the extradition treaty with France.

An international Free Alex Saab delegation attended the annual meeting of the African Bar Association in Niamey, Niger, on Oct. 3-7. Venezuelan diplomat Alex Saab, who has been under arrest in Cabo Verde since June 2020 by orders of the U.S., is fighting extradition to Miami. 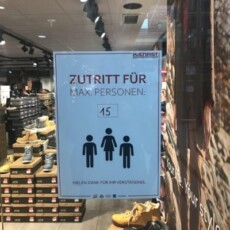 Dr. Wodarg and Dr. Yeadon File Application for Suspension of All SARS CoV-2 Vaccine Studies and Call for Co-signing the Petition 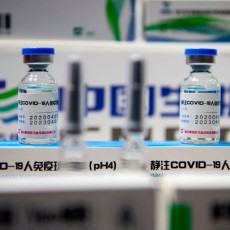 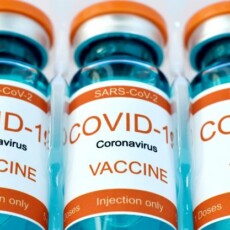