The Trump campaign is mobilizing “an army for Trump,” calling on “all able-bodied men and women to stop the election from being stolen by Democrats.” Although it’s unclear just what this army is being recruited to do, a coalition of progressive organizations has mobilized more than 6,000 “election defenders.”

Julian Assange’s Extradition Hearing: The Only Just Outcome Is His Freedom

Under conditions that violated Assange’s rights and his ability to defend himself, his legal team made a clear case that for multiple reasons the only just solution is to free Assange. However, Judge Baraitser has not ruled favorably for him in her past decisions or even in this hearing.

The Globe and Mail published an extraordinary and very lengthy article vilifying Robert F. Kennedy Jr. and calling him “a top voice of misinformation on social media.” The headline for the piece summarizes its range: “How a Kennedy became a ‘superspreader’ of hoaxes on COVID-19, vaccines, 5G and more”.

The ruthlessness of the Israel lobby is remarkable. Recently they’ve convinced Zoom to cancel a university sponsored talk, a prominent law program to rescind a job offer, a public broadcaster to apologize for using the word Palestine and companies to stop delivering for a restaurant.

Towards a New Gold Standard? Or a Currency War with China?

Rumors have it that the remaining months of 2020 may bring explosive changes in the world’s financial system. But such “doomsday” rumors have been floating around during the last few years. Why? – The US dollar is getting weaker and weaker.

As Oxman observes, “The group considers all living creatures as equals.” The aim is “to shift human-centric design to a design culture focused on conserving, improving and augmenting the natural environment through novel technological developments.”

Cuba: A Model for Healthcare Reform from a Surprising Place

Cuba is widely regarded by Americans as an impoverished “Third World” nation. Yet, Fitz’s Cuban Health Care: The Ongoing Revolution describes how Cuba’s approach to healthcare during the six decades since the 1959 revolution has produced rather extraordinary results.

The huge negative impact of the corona-virus crisis on the Japanese economy is difficult to estimate at this moment. However, it could hurt severely the economy which had barely survived the decades-long stagflation. Thus, Suga is facing very challenging task of saving the economy he has inherited.

John Lennon at 80: One Man Against the Deep State ‘Monster’

“You gotta remember, establishment, it’s just a name for evil. The monster doesn’t care whether it kills all the students or whether there’s a revolution. It’s not thinking logically, it’s out of control.”—John Lennon (1969). John Lennon was a musical genius and pop cultural icon. 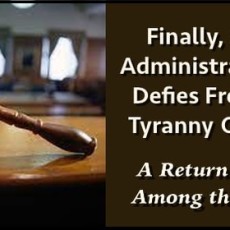