It’s the destruction of people’s  lives. It is the destabilization of civil society. And for What?  The Lies are sustained by a massive media disinformation campaign. 24/7, Incessant and repetitive “Covid alerts” for the last ten months. … It is a process of social engineering.

You have to hand it to governmental health experts: All are uniformly “on message”. Meanwhile, abundant medical expertise from around the world at odds with official messaging is rendered invisible.

What are the programmatic foreign policy lines that Joe Biden will implement when he takes office in the White House? He announced it with a detailed article in Foreign Affairs magazine (March / April 2020), that formed the basis of the 2020 Platform approved in August by the Democratic Party.

Elections 2020: Everybody Knows the Fight Was Fixed

Ask yourself: Has the power of the oligarchic, permanent warfare state with its propaganda and spy networks, its vast intelligence apparatus, increased or decreased in the past half century? Who is winning the battle, the people or the ruling elites? The answer is obvious.

Trump has not yet accepted electoral defeat, and his remaining days as U.S. presidency until Biden’s inauguration may represent the period of greatest threat of armed intervention in Venezuela, especially before December 6, the date of the country’s next legislative elections.

Will Trump Push Israeli Annexation Before January 20? And Israel Might Grab ‘Once in a Lifetime’ Chance

Trump will push annexation of West Bank, and if Netanyahu sees it as in his political interest to be antagonistic to Biden, he will accede, say two prominent Israel lobbyists. 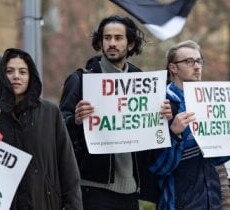 The Ethnic Cleansing of Jerusalem

Doug Jones: Dems Can Get 10 Republican Senators to Support ‘Uniform Standards’ on Voting

If this doesn’t radicalize you, nothing will…