Yeadon is uniquely positioned to speak on this topic, as he has degrees in biochemistry and toxicology, and studied respiratory pharmacology. You have likely seen Yeadon being interviewed many times previously, but I strongly encourage you to watch this one as he explains items I have never heard him previously discuss. He is one of the sharpest guys out there in this area and you will be glad you took the time to listen.

The COVID Lockdown, “Controlled Demolition” of the Air Travel Industry. The Derogation of the “Right to Travel”

This presentation will focus on the apparent controlled demolition of just one highly important, critical industry slated allegedly for sacrificial destruction – the airline industry as part of the elites’ lockdown control agenda potentially even forbidding our right to travel.

Pentagon leaders should consider sending weapons inspectors to Ukraine to monitor the billions of dollars’ worth of U.S. arms flowing to the country, a top Defense Department official said.

I am skeptical about what sustainability really means. I am also skeptical about the knowledge claims underlying the so-called Global Sustainable Development Goals (GSDG or simply SDG). I especially do not believe that we should rely on models— at least not the models that have been used to justify the seriously misguided and destructive policies asserted to support those goals.

The likely cause of the current inflation in US consumer prices is supply disruption.  The Covid lockdowns and mandatory closing of businesses disrupted and destroyed supply chains. Shipping disruptions, which certainly reduce the supply of goods in an economy such as the United States, a country that has offshored so much of its manufacturing for internal markets, further reduced supply.

The world’s largest crude oil exporter, Saudi Arabia, continues to keep close ties with Russia while the top oil consumer, the United States, pleads with major producers—including the Kingdom—to boost supply to the market and help ease consumers’ pain at the pump.

Make no mistake: this latest development is a major blow to the Zelensky regime, but it will be even more devastating for the geographically-challenged boffins in Washington and London, who are still determined to paint every resounding defeat for Kiev as a ‘strategic pause’.

$3.2 Billon Taxpayer-Funded Deal with Pfizer Will ‘Enrich Shareholders of Most Profitable Industry in History’

The Biden administration on Wednesday announced a $3.2 billion deal to purchase 105 million doses of Pfizer’s COVID-19 vaccine for a fall vaccination campaign, with options to buy up to 300 million doses.

Regime Change Comes to Uzbekistan. Part of a Broader Agenda of Political Destabilization of the Russian Federation?

On Saturday, a month-long state of emergency was declared in the former Soviet Republic of Uzbekistan, to address the violent protests in response to government plans to revoke the autonomy of the north-eastern republic of Karakalpakstan, a decision which Uzbek President Shavkat Mirziyoyev would later drop following a visit to the region.

Bernstein: U.S. Is in a ‘Civil War’ — Republicans Are a ‘Secessionist Movement’ 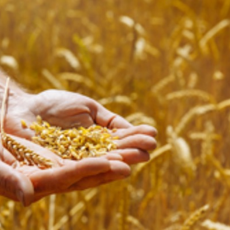 President Trump Highlights The 35 House DeceptiCons: “Sometimes there are consequences”, You Know What To Do