We hope that by publishing diverse view points, submitted by journalists and experts dotted all over the world, the website can serve as a reminder that no matter what narrative we are presented with, things are rarely as cut and dry as they seem.

If Global Research has been a resource which has offered you some solace over the past few months, we ask you to make a financial contribution to our running costs so that we may keep this important project alive and well! We thank you for your support!

There is a technical issue regarding our email send-out of selected articles, which we hope to resolve.

The support of readers is essential to sustaining our endeavors.  Click to donate:

Lockdowns and hygienic measures around the world are based on numbers of cases and mortality rates created by the so-called SARS-CoV-2 RT-PCR tests used to identify “positive” patients, whereby “positive” is usually equated with “infected.”

But looking closely at the facts, the conclusion is that these PCR tests are meaningless as a diagnostic tool to determine an alleged infection by a supposedly new virus called SARS-CoV-2.

The U.S. Is Determined to Make Julian Assange Pay for Exposing the Cruelty of Its War on Iraq

The hearing that Assange will face has nothing to do with the reasons for his arrest from the embassy of Ecuador in London on April 11, 2019. He was arrested that day for his failure to surrender in 2012 to the British authorities, who would have extradited him to Sweden; in Sweden, at that time, there were accusations of sexual offenses against Assange that were dropped in November 2019. Indeed, after the Swedish authorities decided not to pursue Assange, he should have been released by the UK government. But he was not.

Julian Assange: Future Generations of Journalists Will Not Forgive Us if We Do Not Fight Extradition

Indeed, Assange’s extradition hearing at the Old Bailey next week marks a profound moment for British journalists. Assange faces 18 charges under the US Espionage Act, which carry a potential sentence of 175 years – put away for the rest of his life.

But his case represents an attack on journalism and democratic accountability. If Britain capitulates to Trump’s America, the right to publish leaked material in the public interest could suffer a devastating blow.

The “Stalinist” Trial of Julian Assange

It is this morality of purpose that so threatens the collusion of powers that want to plunge much of the world into war and wants to bury Julian alive in Trumps fascist America.

Sweden Now Has a Lower COVID-19 Death Rate than the US. Here’s Why It Matters

Experts and media around the world all seemed to agree, with a few notable exceptions, that lockdowns were the sound approach to the COVID-19 pandemic.

There’s been much less talk about Sweden of late. The reason, it would seem, is that Sweden’s strategy appears to have tamed the virus. While countries around the world are experiencing a resurgence of COVID-19 outbreaks, Sweden’s COVID-19 deaths have slowed to a crawl.

As British Judge Made Rulings Against Julian Assange, Her Husband Was Involved with Right-wing Lobby Group Briefing Against WikiLeaks Founder

Westminster chief magistrate Lady Emma Arbuthnot made two key legal rulings against WikiLeaks founder Julian Assange in February 2018, which ensured he would not be able to take up his asylum in Ecuador.

Around this time, her husband, Lord James Arbuthnot, a former Conservative defence minister with links to the British military and intelligence establishment, was working closely with the neo-conservative Henry Jackson Society (HJS), a pressure group with a strongly anti-Assange agenda. Lord Arbuthnot has hosted and chaired events for the HJS at the House of Lords and long sat on its “political council”.

They know their PCR tests are dodgy and the serology tests are useless, so they are hiding it in plain sight in the hope that no-one picks up on it.

Yet testing positive is what is being called a ‘case’ (a word that usually applies people who are obviously sick) and the rise in so-called ‘cases’ is being used as the rationale for abusive and absurd lockdowns in Melbourne (where this writer lives). 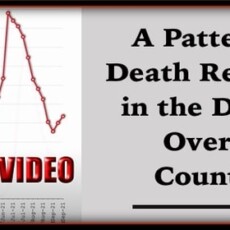 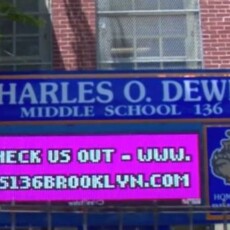