By now, you’ve probably heard that the World Health Organization is attempting to seize control over global pandemic monitoring and response, and ultimately, all health care decisions. But did you know Bill Gates, the largest funder of the WHO (if you combine funding from his foundation and GAVI), also intends to play a key part in this takeover?

In a twenty-four hour period two of the most influential men on the planet came out swinging as to what course of action the Davos Crowd should take in Ukraine. The first blows were landed by Mr. Realpolitik, Henry Kissinger, who most people were surprised to find was still alive. Kissinger true to form told everyone that it was time to begin negotiations for a settlement with Russia soon.

Ukraine After 90 Days of War

The Western narrative that Russia is facing defeat at the hands of the Ukrainian military is falling apart. The contrived narrative that Ukraine was “winning” made Kiev delusional which in turn created conditions for Washington and London to extend the war and incrementally enter into it laterally and turn it into a war of attrition against Russia.

New Documentary: “Theaters of War: How the Pentagon and CIA Took Hollywood”

If you’ve seen Top Gun or Transformers, you may have wondered: Does all of that military machinery on screen come with strings attached? Does the military actually get a crack at the script?

The “Best Evidence” Contradicting the Official Position on 9/11: Excerpts from 9/11 Unmasked: An International Review Panel Investigation

By Elizabeth Woodworth and David Ray Griffin, May 26, 2022

The 9/11 attacks of 2001 have had powerfully destructive global effects. Given these disastrous effects, and the many people who have raised questions about the attacks, one would suppose that the press would have thoroughly explored the question of how they were carried out and who organized them. But this did not happen.

Video: I Read Bill Gates’ New Book (So You Don’t Have To!)

Have you read How to Prevent the Next Pandemic by Bill Gates yet? Well, I have, and let me tell you: it’s every bit as infuriating, nauseating, ridiculous, laughable and risible as you would expect. Here are the details.

The Tyranny of Modern Scientism

The greatest obstacle Holman confronted within the medical community was what he called “excellence deception,” which he defined as an “ideological justification” that rejects criticism and insulates itself from alternative medical theories and opinions.

What We Don’t Know Is Killing Us: The Urgency of Propaganda Study Under COVID

For those of us who study propaganda critically and seek to do this all-important work as public intellectuals, these last two years have been uniquely challenging, and even dangerous, forcing us into a painful double bind.

“Much Ado About Corona: A Dystopian Love Story”, by John C. A. Manley

’d never flown in a plane before, much less a helicopter. When I was sixteen, Mathéo and I took the train to Toronto to see a Leafs game. Even for the grade eight trip to Quebec we traveled in one of those two-storey coaches with the tinted windows.

“Monkeypox” – who could have seen it coming? Well, apparently the organisation founded by Ted Turner in 2001 called the ‘Nuclear Threat Initiative’ (NTI) saw it coming when they published a report in November 2021 called, “Strengthening Global Systems to Prevent and Respond to High-Consequence Biological Threats.”

When a disturbed teenager or adult commits mass murder it has nothing to do with liberty. Yet, since the weapon is usually a gun, many people in the US essentially respond that the freedom to be armed is more important that the right to be safe. In fact, millions claim that being armed is the only way to be safe. Like most arguments against gun control, it’s cruel and illogical.

Common Sense Versus “A Magical Worldview”

The Christian Church believes that what is missed in the religious education of the child can hardly be recovered. It must first artificially induce its teachings in the young, still spiritually helpless person in order to have him firmly in its grip as an adult.

The Bush Doctrine and the US-NATO Encirclement of Russia

Former president George W. Bush wrote in his memoirs that following the 9/11 atrocities, he had formulated a strategy in which to safeguard the United States. His plan did not make a distinction between the terrorists and the countries where they resided.

Mass Protests in Islamabad against US Sponsored “Political Military Elite”

Tens of thousands of Pakistanis, including ordinary families and young people from every corner of the country, continue to converge in the capital, Islamabad, facing brutal state repression. They are doing so amidst the scorching heat wave afflicting Pakistan. 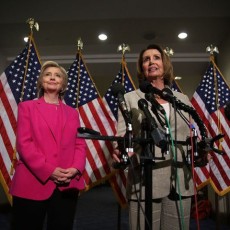 Hillary Clinton: Democrats Should Not Make Transgenderism a Main Issue 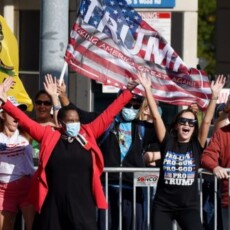