The thirty-member North Atlantic Council, the political decision-making body of NATO consisting of the ambassadors of all member states, posted a statement supporting the Joe Biden administration’s declaration of a national emergency attributed to Russian actions, real or fancied.

The validity of the PCR test has been questioned for months, if not from the very beginning of the declared covid-19 plandemic, including lately also by WHO. However, this test is still and ever more so being forced upon us.

US to Withdraw from Afghanistan after Two Decades of War Leaving Behind a Tortured Wasteland and Having Accomplished… Nothing.

The US decision to leave Afghanistan without any conditions represents a political victory for those in the US government who sought an end to the nearly two-decade conflict in that nation.

After President Biden formally announced his plan to withdraw from Afghanistan by September 11th, White House Press Secretary Jen Psaki was asked if special operations soldiers would remain in the country under the plan, which she declined to answer.

A group of Labour activists fighting through the courts to discover why they and others were investigated or expelled from the UK’s Labour Party for antisemitism say they have flushed out proof of bad faith from their accusers.

A senior official in the Indian government recently revealed to Reuters that the government would soon propose a law banning the trade and possession of cryptocurrencies.

The country of Yemen, once renowned for its architectural gems and theatre shaping the minds and memory of its population, is now scraping itself out from under the wreckage of homes, schools, mosques and hospitals downed by Saudi-led coalition airstrikes.

‘The Republican base is ready to leave the Party’… 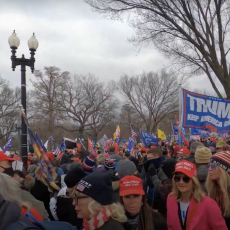 Peaceful Demands For Secure Elections Do Not Constitute ‘Insurrection’