Dr. Thomas Binder is a Swiss cardiologist with over 34 years of experience in treating respiratory infections. He received a doctorate in immunology and virology, specializing in internal medicine and cardiology, from the University of Zurich. Binder is an intelligent man who was deemed insane by the Swiss government for speaking out against COVID regulations.

US Defenseless to Protect Kurds Against Turkish Invasion in Syria

Ilham Ahmed, a co-chair of the Syrian Democratic Council, confirmed on November 20 that Turkish airstrikes had struck near Derik, a town within the US military’s area of occupation.

Medical Ethics and the Covid Pandemic. Give People “Morality Pills”

Be aware that “bioethics” has moved on to proposals that might seem crazy to you but are considered seriously and published in Bill Gates-funded publications and scientific journals. Important studies on this subject are conducted under the auspices of the World Economic Forum.

It has been one noisy time for the paladins of big tech.  Jobs have been shed by the thousands at Meta, Amazon and Twitter; FTX, the second largest cryptocurrency company, has collapsed.  Then came the conviction of Elizabeth Holmes, founder of the healthcare company Theranos, for fraud.

Testing commissioned with World Animal Protection and the Alliance to Save Our Antibiotics has found evidence of drug resistance in waterways near poultry and pig farms and in cattle farm waste, highlighting the risks of slurry leaks contaminating rivers.

Joe Biden’s COVID ‘czar’ declared Tuesday during a White House press briefing that “God gave you two arms” so we can all be injected with different vaccines. Dr. Ashish Jha made the statement while simultaneously pushing COVID booster shots and flu shots as if they are the same thing.

The New York Times has in an extremely rare moment (or perhaps more like unprecedented) conducted an in-depth visual investigation of a likely war crime against surrendered Russian troops conducted by Ukrainian forces. Multiple videos from different angles, including drone footage, emerged last week showing the incredibly disturbing scenes as Ukrainian forces were recapturing the village of Makiivka in the Luhansk region.

France’s ex US Ambassador Gérard Araud criticized Washington for frequently violating international law and said its so-called “rules-based order” is an unfair “Western order” based on “hegemony.” He condemned the new cold war on China, instead calling for mutual compromises.

It announced “new enforcement guidance to ensure nursing homes are offering updated COVID-19 vaccines and timely treatment to their residents and staff,” according to a White House fact sheet released on Nov. 22. It stated that the Centers for Medicare & Medicaid Services (CMS) still requires “nursing homes to educate their residents” on COVID-19 vaccines and offer vaccines to residents.

Pfizer CEO Albert Bourla claimed at a news event last week that the company’s COVID-19 vaccines will continue to be “free to all Americans,” despite the company’s plan to raise the price of the vaccine roughly 400 percent—a price difference that will be picked up by health insurers. 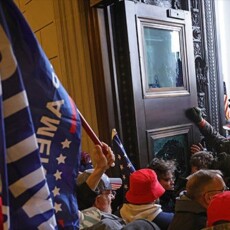 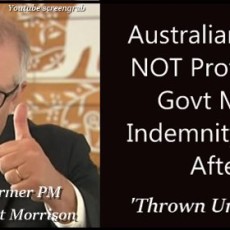 The Australian Government Lied: Doctors are NOT Covered by Government’s Indemnity for Covid Injections