The Associated Press reported on Thursday that security screening equipment use in some of the world’s most sensitive locations were made by the same Chinese company that has close ties to the CCP military and the highest levels of the ruling Communist Party.

Whether be the World Economic Forum in Davos, Europe’s largest port, the airports from Amsterdam to Athens, or NATO’s border with Russia, they are relying on security scanning equipment made by a Chinese company called Nuctech, soon the company has quickly become the world’s No. 1 cargo and vehicle scanning equipment company in terms of revenue.

Due to national security concerns, Nuctech has been locked out of the U.S. market for years. In recent years, the company has successfully penetrated deep into Europe, with Nuctech equipment installed in 26 of the 27 EU member states, according to public procurement, government, and corporate records reviewed by The Associated Press.

The complexity of Nuctech’s ownership structure and its expanding global footprint have raised alarms on both sides of the Atlantic.

There is a growing concern among Western security officials and policymakers that CCP authorities could use Nuctech’s equipment either to sabotage key border crossings or illegally obtain data from items of government, industrial, and personal that pass through its equipment.

Many critics accuse the CCP government of providing helpful subsidies to Nuctech as a way to undercut its rivals and give the CCP regime potential leverage over critical infrastructure in the West.

Bart Groothuis, a member of the European Parliament and director of cybersecurity at the Dutch Ministry of Defense, “The data processed by these devices is very sensitive, as it covers personal data, military data, and cargo data. It may be related to commercial secrets. We have to ensure all this data is in the right hands, (The EU) is dependent on a foreign operator, which is a geopolitical and strategic adversary.” he said.

Some EU politicians, including Grote Hughes, are concerned that Europe now does not have the tools to monitor and counteract such a potential incursion. Different member states hold opposite views on the security risks of Nuctech, and no one has even made comprehensive public statistics on where and how much Nuctech equipment has been installed on the entire European continent.

“It is our equipment, but the data is yours,” Robert Bos, deputy general manager of Nuctech in the Netherlands, told The Associated Press. “Our customers decide what to do with the data.” Nuctech has an R & D center in the Netherlands.

He said Nuctech was the victim of these baseless allegations and had nearly halved its market share in Europe since 2019.

This is not a real private company

Didi Kirsten Tatlow, co-editor of CCP China’s Pursuit of Foreign Technology, “Nutech came in at a below-market price, which is not the market price. It is not a normal price, it is a price with national subsidies.” he said.

“It is not really a company. They are more of an offshoot of a national development scheme” Tatlow added.

Nuctech said in 2019 that it had installed more than 1,000 sets of security screening equipment in Europe for customs, civil aviation, ports and government organizations.

In addition, it provided security equipment for the 2016 Olympic Games in Brazil, the 2017 US President Trump’s visit to China, and the 2020 World Economic Forum. It also provided equipment to some United Nations organizations as per procurement records.

In addition to scanning systems for people, luggage, and cargo, it also produces explosives detectors and internet-connected devices capable of facial recognition, temperature measurement, and identification of ID cards or airline tickets, according to the company website.

The parent company of Nutech said on its website that aside from hardware business, and at the same time they are also have software services technologies, such as cloud computing, big data, and the Internet surveillance with security detection of technologies and products to provide customers with high-tech security detection solutions.

According to public documents, Nuctech has won a large number of bidding projects for surveillance and scanning projects in Xinjiang and other places in China. They provided X-ray scanning equipment and license plate recognition equipment to the Xinjiang Department of Communications and Public Security, as well as a comprehensive security system for the Urumqi subway.

Nuctech’s X-ray scanning equipment has been abandoned by more than 170 Canadian diplomatic missions around the world.

In July 2020, the Canadian government’s security review of Nuctech found that X-ray security scanners could potentially be used to covertly collect and transmit information, compromising portable electronic devices as they pass through the scanner, or alter the results to allow prohibited devices to pass.

Critics worry that Nuctech incapable of resisting a request from the CCP government to hand over sensitive data under the CCP’s National Intelligence Law, which requires Chinese companies or foreign companies in China to hand over data at the request of national security agencies.

Critics also say it is possible that the CCP government could use Nuctech’s presence in Europe to collect big data on cross-border trade flows, obtain information from local networks such as shipping manifests and passenger information, or disrupt trade flows in a conflict.

Since the EU is Nuctech’s most important overseas market, we will see how serious they are in the second part of the article.

Source of the article: hk.epochtimes.com 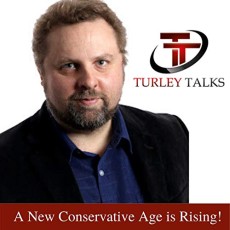 A New World is Rising from the Ashes of Ukraine!!! 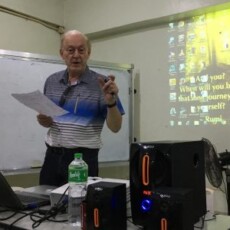 The “Smoking Guns” of a Manufactured Pandemic