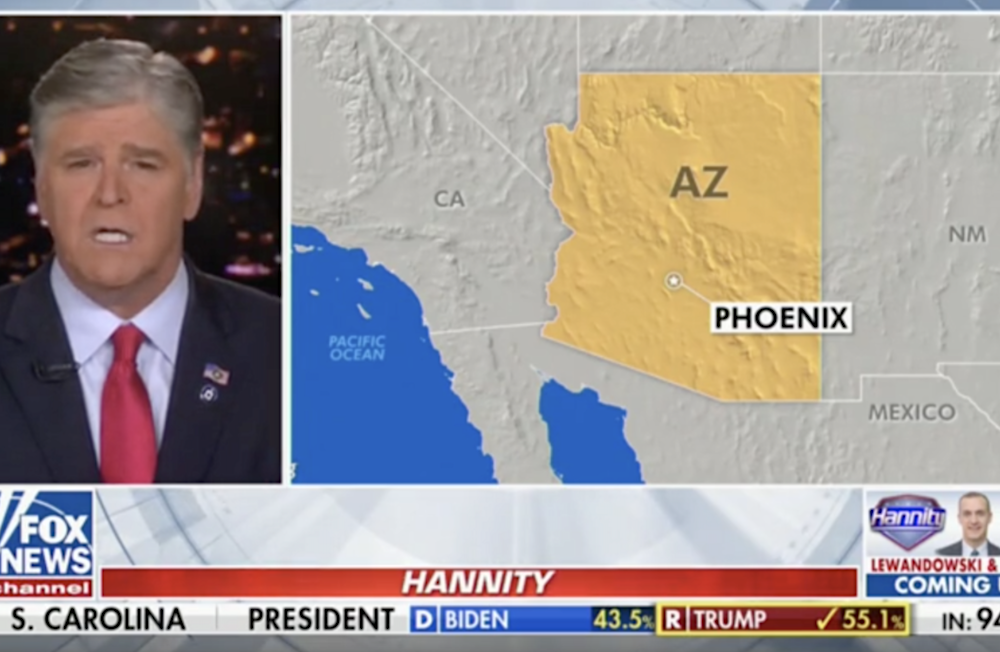 Fox News’ Sean Hannity condemned his own network’s decision to call Arizona for Biden early on election night, saying it was “premature.”

“Any call of Arizona was premature based on everybody that I’ve talked to that knows the numbers out there,” Hannity said Thursday night.

Fox News and the Associated Press were the only two news outlets that moved forward with a call on Arizona, despite the anticipated closeness of the race.

Hannity’s comments follow a vote dump from Pima County, historically considered a “liberal stronghold” within the state, which shows the president gaining about 51 percent of that batch.

“That is huge news from a very liberal county,” Hannity said. “Over the past 24 hours, the president has picked off over 24,000 other votes. This margin and this trend continues.”

A vote dump from Maricopa County, home to Phoenix, also showed the president gaining ground in the Grand Canyon State, putting him roughly 46,000 votes behind Biden with 107 precincts still reporting.

Because of the president’s continuing successes in key Arizona counties, Hannity said Trump has a good chance at winning the state’s 11 electoral votes.

“Many experts are predicting that the president will continue to do well because a lot of those votes came in the day of or the day before Election Day,” Hannity said.

“The president has a good shot, according to observers and people on the ground that I have been speaking to in Arizona, to overtake and win the state of Arizona,” he continued.

“It was a premature call,” Murtaugh said. “We were livid about the fact that you and then the AP made that call.”

“As this narrows, there is going to be great pressure on you guys, to be honest with you, Fox News, to rescind your call,” Murtaugh predicted. “This is going to lead Biden to falsely declare himself the president-elect at some point.”

Despite facing backlash from the public, as many people have noted the hastiness of the early call and questioned why neither Fox nor AP have reversed their decisions, both news outlets have stood by their original call.

It doesn’t matter if Fox’s call of AZ ends up being correct in the end. It was totally unnecessary to call it as early as they did. And the fact they jumped to call it, after waiting hours to call FL when 97% was in and Trump up 3+points is an awful double standard.

How have AP and Fox not rescinded their Arizona calls? It’s 50-50 that Trump wins it.

Nate Silver wrote last night that the AP and Fox News should retract their calls for Arizona. pic.twitter.com/PHzZ5mBALN 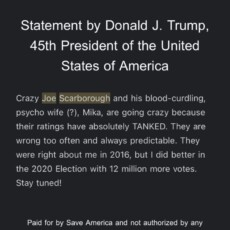 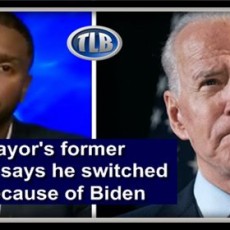