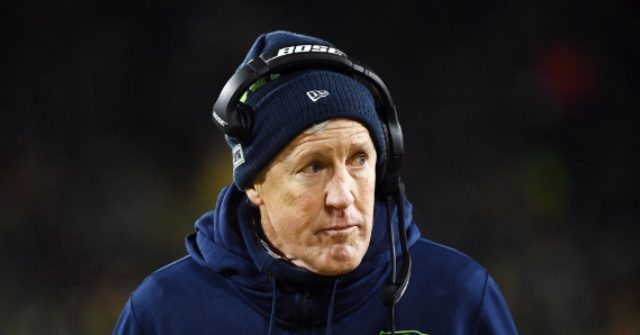 The Seattle Seahawks joined the long list of NFL teams who chose to cancel or postpone practices this week in protest of the officer-involved shooting of Jacob Blake.  In his comments about why he chose to cancel Saturday’s practice, Carroll made it clear that his goal was to educate “white people” about “racism in America.”

Carroll added, “Black people can’t scream anymore,” Carroll went on. “They can’t march anymore or they can’t bare their souls anymore to what they’ve lived with for hundreds of years.”

Carroll took the nation’s Founders to task, for promoting a vision for America that has not ever been fully realized for black people.

“White guys came over from Europe,” the coach explained. They had a “great idea” about freedom and equality for all that has never come to fruition.

“That’s not what happened because we went down this other road here — follow the economics and rich white guys making money,” he said. “And they put together a system of slavery.

“And we’ve never left it, really. It’s never gone away. And the really amazing thing that I’ve learned is Black people know the truth. They know exactly what’s going on. It’s white people that don’t know.”

For Carroll to say that the system in which “white guys” made all the money is still in place, while he coaches in a league that has produced more black millionaires than any other organization on Earth, is something.

It’s also unknown how canceling a football practice would fix such a system even if it did exist, but it all apparently makes sense to Carroll.

“This is a calling today for coaches, specifically, to take that leadership opportunity,” Carroll continued.

“Let’s step up. No more being quiet. No more being afraid to talk to topics. No more, you know, I might lose my job over this, because I’ve taken a stand here. Screw it.”

It’s hard to know what to say, after that. Hundreds of NFL players and dozens of NFL coaches have protested in some form or fashion since Colin Kaepernick first sat, then knelt for the national anthem in the 2016 preseason. No coach has been fired for doing so and Commissioner Roger Goodell already gave players and coaches the green light to protest earlier this offseason.

But, it all apparently makes sense to Carroll. 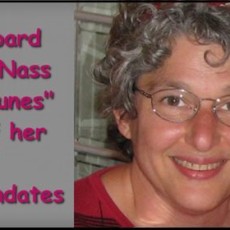 Doctor Loses License, must have “Psych Evaluation” for Health-Mandate Views 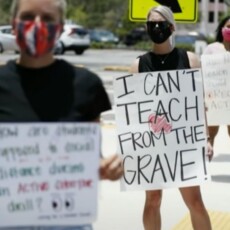