In a tweet posted on Monday, American science magazine “Science American” announced that they have coordinated with mainstream news outlets to start referring to “climate change” as “climate emergency.”

“This idea is not a journalistic fancy. We are on solid scientific ground.”

Scientific American has agreed with major news outlets worldwide to start using the term “climate emergency” in its coverage of climate change. Read our statement about this decision, and the impact we hope it can have throughout the media landscape. https://t.co/ccpALIvpxe

In the article, they claimed that climate change is “the biggest environmental emergency to beset the earth in millennia,” the reason why they have “agreed with major news outlets worldwide to start using the term ‘climate emergency.’”

Scientific American’s statement: “As partners in Covering Climate Now, a global consortium of hundreds of news outlets, we will present coverage in the lead-up to Earth Day, April 22, 2021, around the theme ‘Living Through the Climate Emergency.’ We invite journalists everywhere to join us.”

“The media’s response to COVID-19 provides a useful model. Guided by science, journalists have described the pandemic as an emergency, chronicled its devasting impacts, called out disinformation and told audiences how to protect themselves (with masks and social distancing, for example).”

This statement was released the day before James O’Keefe’s Project Veritas posted a leaked video showing a CNN director revealing that the network’s next move is pushing climate change:

“Our next thing is going to be for climate change…It’s just gonna be like constantly showing videos of decline and ice and weather warming up and the effects on the economy.”

“It’s the next pandemic-like story. That one’s got longevity. [CNN] will be able to milk that quite a bit.” 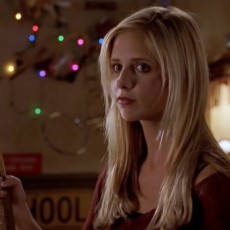 Mysterious Box Goes Up for Sale…Internet Erupts Over the Contents 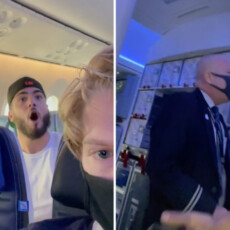 ‘I WILL BREAK YOUR NECK!’ Man’s Crazed Tirade on Plane Viewed More Than 3M Times