On the latest edition of the Sara Carter Show, Sara discusses the blatant hypocrisy surrounding coronavirus protocols only being forced upon Conservatives and how the Republican party is taking an entirely new shape, while the Democrat party continues to fail. She also had Fred Lucas on the show, Senior White House correspondent for The Daily Signal.

“We’re expecting 50,000 plus people to be marching on Washington DC and you know, the National Park Service is so kind tomorrow,” Carter said. “They’re not even going to enforce mass laws, or social distancing. It’s incredible folks. Our kids can’t even go back to school for the most part. But over 50,000 people can march on Washington DC, no restrictions for some reason, the either the National Park Service, or I don’t know who in Washington DC has some kind of insider knowledge that COVID-19 no longer exists inside the swamp bubble.”

These rules are only forced on one side of the aisle and are completely disregarded for the other, she says. Republicans are targeted and the party is fighting back. It’s changing.

“This is a new Republican Party, a reawakening very much like I would imagine. I would imagine it was like at the very beginning and the establishment of the Republican Party,” Carter said. “It’s about the people. It’s about giving a voice to those who don’t have a voice. It’s about standing up for those who have been basically ignored by the establishment that does not care about you.”

This new Republican party is standing up to the radical left that is seeking the destruction of the values of the Founders.

“This is politics. This is a joke, when the National Park Service approves 50,000 people to march on Washington, DC. See, and does not enforce social distancing and masks. What does that tell you? how seriously do you think they believe Coronavirus is,” Carter said.

Fred Lucas, author of the new book, “Abuse of Power” joined Sara to discuss the book and the abuse of power inside the three year campaign to impeach Donald Trump.

“What’s different about this book abuse of power, is that it looks not just out on to what a lot of the deep state actors, James Comey, knows did, but it looks at Congress, people on Capitol Hill and these left wing nonprofits move on democracy for America. And a lot of you have heard that — you will read about an abuse of power. And how, before the inauguration, and some cases, even before Trump’s improbable election, they were planning to lead an impeachment drive.” 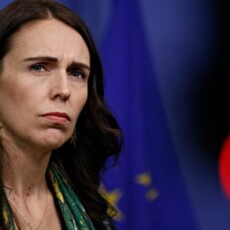 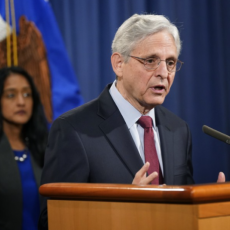