Yes, I watched the appalling scenes of Sam Bankman-Fried’s media tour. He repeatedly returns to the theme of his philanthropy: pandemic planning. What does this 30-year-old computer guy know about infectious disease? No more than Bill Gates did when he began his malanthropic crusade through the universities, journals, and nonprofits and imposed his lockdown-and-vaccinate ideology on them, thus compromising a whole generation of infectious-disease scientists.

Bankman-Fried saw how much influence this bought Gates and decided to replicate the experience in a mere few years in the midst of a pandemic. As we’ve documented, he gave millions but promised billions. The promise tends to be even more effective than money in the bank. All the better, he backed his “pandemic planning” support with $40 million (Elon Musk speculates it was far more) for politicians who shared his supposed passion to control infectious disease.

And so Sam of FTX, who seems to have stolen and otherwise misdirected billions from his own crypto scam, was invited to speak at a New York Times event called Dealbook. A seat in the audience cost $2,400. He had been booked for the gig long before because he was a darling of the left, having thrown around many millions to back Democrats in the midterms.

He was also loved for running the second-largest crypto exchange in the world while babbling left-wing prattle about effective altruism. He advertised himself as the world’s most generous billionaire at a mere 30 years old! He urged others to do the same, giving to his brother’s charity devoted to pandemic planning, just as an example.

With his disheveled look and halting speech patterns, he struck many as a genius. One would have to let go of all normal intuition to believe that, but here is where we are today.

The interview pitched a series of softball questions with the mask of a tough interrogation. Bankman-Fried replied with a bunch of financial-sounding mumbo jumbo that the interviewer could not really follow, so of course he gave him a pass. In the end, the interviewer and the audience gave the thief a round of applause for his frank answers and accessibility.

Sam claimed that his lawyers advised against this particular appearance. I don’t believe it. I suspect that his lawyers understand something very dark about our times. If you can bamboozle an audience at the New York Times, you stand a better chance of favorable treatment in a court of law. That’s why he is continuing his media rounds. Hey, why not a speaking tour to boot?

How did Bankman-Fried justify himself? Essentially he said that he had downplayed the downside risks in a possible bear market in which his tokens suddenly lost 90% of their value. He had not anticipated this. And, he seemed to imply, had the markets not changed direction, his company would be solvent. Hence, none of this is really his fault. It’s just what happens when the market winds change course.

By comparison, Bernie Madoff’s scam was rather simple. He used the money of new investors to pay a return to old investors. He gradually came to realize that he had better success in business by doing this than relying on market forces themselves. By offering a predictable 9 percent return, he could always attract new money in up markets or down markets. In a sense he was right: his Ponzi scheme lasted 20 years!

When the housing market crashed and the money dried up, and he could no longer find new chumps to pay the old chumps, he admitted it. He said he lied and that he was running a scam. He pled guilty, went to jail, and died. One son killed himself and the other died. His widow today lives a modest life, still reeling from the horribleness of it all.

Sam’s scheme was far more complicated. It involved mixing funds over a huge range of companies that he owned, so his own exchange had an open spigot of customer funds going to his own Alameda Research, which would use those funds to buy the token FTT in which customer funds were held. It was the same scam as Madoff but tokenized in a world that has stupidly come to believe that anyone can create a thing of value with a few mouse clicks and some incantations of the word blockchain.

Crucially, Bankman-Fried paid off all the right people along the way. He paid nonprofits, media companies, and politicians, and made all the right noises about the need to regulate the industry more than is currently the case. As a result, his media darling status persists even now, as the New York Times and MSNBC work hard daily to rehabilitate him, despite his not being able to account for some $20 billion in missing funds.

In the dystopian novel and film The Hunger Games, the elites have divided society into many districts depending on their function and economic status. Only District One truly lives well, and here you find the greatest champions of the system, which is kept alive through top-down tyranny. The games themselves are designed to shore up regime stability by necessitating random sacrifices of the lives of kids forced into a zero-sum game of murder.

The whole thing looks implausible on first viewing. How could the richest of the rich sit by and watch, cheering on this blood-thirsty tragedy? On second thought, the whole thing is wholly believable. Elites socialize themselves to believe whatever it is that protects their wealth and status. That’s exactly why such a large crowd of people gathered at the New York Times to watch the validation and vindication of Sam, and they happily cheered his fake honesty and transparency at the end.

The display was disgusting but entirely predictable if you understand something about how our own hunger games are played. In this decade and a half of easy money, a whole class of people has risen to the top of the cultural echelon not by productive labor but by educational credentials and being part of the corporate float. They have come to believe that the system makes sense simply because it has benefited them.

This is why they so gladly took to pandemic controls when they were at their height. They would “stay home and stay safe” while the proletariat slogged through the streets carrying dinners in bags to drop off at doorsteps. In some extremely strange way, this felt like a utopia for the upper classes. This – and $10 trillion to back the whole scheme – is why the lockdowns lasted as long as they did.

We are nowhere close to getting to the bottom of the whole scam. SBF gave millions away to all sorts of institutions while marketing his grift as altruism. He later admitted that his fake-woke philosophizing was nothing but a cover, as it is for all these people, which is why his admission didn’t really disqualify him from continued membership in the class of media and business elites.

Nothing exposes the economic and financial hypocrisies of our time as much as this FTX caper. We can report some good news however: it is not long for the world. Elon Musk is demonstrating how a competent leader can take over a single company, fire 75 percent of its employees, make the platform work better than ever, and still possibly make a profit. For the sake of civilization, let us hope that the Musk model will inspire many coming corporate upheavals.

District One needs to be thoroughly cleansed and the sooner the better. The cleansing fire in our times takes the most implausible form one can imagine: positive real interest rates. If the Fed sticks to its agenda – and it likely will – we will see every manner of upheaval coming in the next six months. The court dockets will become even more full than they currently are, and there won’t be enough investigators available to unravel this and so many other scandals of our times. 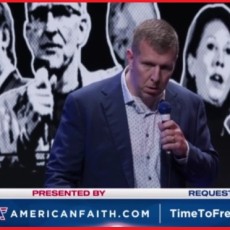 Behind the BOE’s Panic: Billions in Margin Calls “Death Spiraling” Into a Complete Bond Market Collapse, Pension Fund Wipe Out 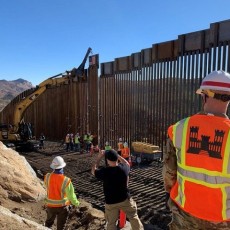