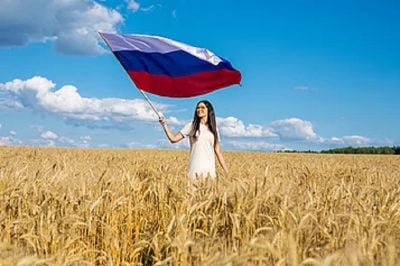 Russian President Vladimir Putin, by signing a new decree on legal recognition of four regions’ independence which are now joining the Russian Federation. The decree, made available on the database, was published on the official Internet portal for legal information on September 30.

On September 23-27, the republics of Donetsk and Lugansk (DPR and LPR) as well as the Kherson region and the liberated territories of the Zaporozhye Region, held referendum to join Russia.

In all of these regions, the overwhelming majority of voters favoured becoming part of the Russian Federation. These regions have been a thorny question these past several years, and with the accusation against Kiev for committing the highest level of human rights including intimidation, discrimination and maltreatment of Russian-speaking population in the Eastern Ukraine.

Russia has recognized the independence of the Kherson and Zaporizhzhya regions in line with decrees signed. A similar document signed by Putin “recognizes the state sovereignty and independence of the Zaporizhzhya region.” Accordingly, a colourful ceremony of signing accession treaties with four new territories – the people’s republics of Donetsk and Lugansk (DPR and LPR), as well as the Zaporozhye and Kherson regions – was held in the Kremlin.

In all of these regions, Donetsk and the Lugansk People’s Republics as well as the Zaporozhye and the Kherson regions, with the results of the referendum showing a very high turnout, the overwhelming majority of voters favoured becoming part of the Russian Federation. The referendum ballots in all the four regions have been considered valid. The heads of the regions officially ask Russia’s leadership to admit them into the Russian Federation.

Below are the results of the referendum: Voting Turnout

What’s next? The United States and the entire European Union, as well as Germany, Canada and Japan have already stated they will not recognize the results of the vote. The United States has prepared a draft resolution asking the UN Security Council to condemn the referendum.

UN Secretary General Antonio Guterres pointed out that the UN position on the referendum as unequivocal and slammed, in unreserved terms, the accession unto the Russian Federation.

“Any decision to proceed with the annexation of Donetsk, Lugansk, Kherson and Zaporozhye regions of Ukraine would have no legal value and deserves to be condemned.”

“The UN Charter is clear,” Guterres stressed, “Any annexation of a State’s territory by another State resulting from the threat or use of force is a violation of the Principles of the UN Charter and international law. The United Nations General Assembly is equally clear.”

He further stressed that

“Russian Federation, as one of the five permanent members of the Security Council, shares a particular responsibility to respect the Charter. It cannot be reconciled with the international legal framework. It stands against everything the international community is meant to stand for. It flouts the Purposes and Principles of the United Nations. It is a dangerous escalation. It has no place in the modern world. It must not be accepted.”

Guterres pointed out that the UN position on the referendum is unequivocal.

“We are fully committed to the sovereignty, unity, independence and territorial integrity of Ukraine, within its internationally recognized borders, in accordance with the relevant UN resolution. I want to underscore that the so-called referenda in the occupied regions were conducted during active armed conflict, in areas under Russian occupation, and outside Ukraine’s legal and constitutional framework. They cannot be called a genuine expression of the popular will.”

“Any decision by Russia to go forward will further jeopardize the prospects for peace. It will prolong the dramatic impacts on the global economy, especially developing countries and hinder our ability to deliver life-saving aid across Ukraine and beyond. It is high time to step back from the brink. Now more than ever, we must work together to end this devastating and senseless war and uphold the UN Charter and international law,” Guterres concluded.

That however, the Russian Permanent Mission to the United Nations said Guterres remained silent about the Kiev government’s actions in Donbass after 2014, and also about the situation around Kosovo but stopped short of condemning the US and NATO’s occupation of a part of the Syrian territory.

“Against this backdrop such a direct assault by the UN Secretary-General on the fundamental right of self-determination expressed by the population of DPR, LPR, Kherson and Zaporozhie regions represents yet another example of double standards,” Russian diplomats said in an official statement September 29.

“We regret that instead of acting as foreseen by the UN Charter, the Secretary General chose to be instrumental in influencing the position of UN Member States ahead of the anticipated initiation by the Western countries of the discussion of the issue of referenda in the GA,” the statement reads.

In addition to above, Russian Foreign Ministry spokeswoman Maria Zakharova said at her weekly media briefing that

“The (Ukrainian President Vladimir) Zelensky regime and, of course, most importantly, its American handlers do not want to accept reality, do not want to see this side of international law. On the contrary, they cynically question the procedure of the plebiscite and its results, considering them null and void.”

Zakharova stressed that the referendum in the DPR, the LPR, as well as in the Kherson and Zaporozhye regions were held “in full compliance with the norms and principles of international law and did not contradict international practice, and that they were legal.”

“Everything is questioned: both the form and the essence. They call names, stick labels, and do everything in their power to show their significance and rightness. Of course, they resort to the image of democracy, which is sacred for them,” the spokeswoman continued.

“These are statements of those who for many years have been flagrantly violating human rights everywhere: in Ukraine, in Western countries, on the territories of the occupied countries in different parts of the world. This is said by those who contributed to the transformation of the young Ukrainian state into a totalitarian, aggressive, neo-Nazi state. And today it encourages with money and arms orders to shell peaceful cities with artillery,” she added.

Russian experts have expressed their views, especially after the referendum on joining Russia ended with positive results. The local Russian Vedomosti wrote that throughout Russia, most people support the entry of the new territories.

“Over 70% of those surveyed are ready to support their accession,” All-Russia Public Opinion Research Center Director General Valery Fyodorov told the paper. “It’s even higher than support for the special military operation, which has remained at about 70%,” he added.

As for the international recognition of the plebiscites, Russian International Affairs Council Director General, Andrey Kortunov, told widely circulated Russia’s Izvestia that “there is the precedent of Crimea’s accession, which, as we all know, almost no one recognized, including Russia’s partners in the CIS, China and the vast majority of nations in the global South.”

“The sanctions that will be imposed on these territories and their population are crucial. Another important thing is that after the areas join Russia, the possibility of political dialogue with Kiev will be hard to imagine. Clearly, the Ukrainian authorities will be reluctant to hold peace talks with Russia on such terms as it would be tantamount to political suicide. These are the consequences that Moscow will have to take into account,” the expert added.

“The main goal of the referendum is to assure the people that Russia will protect these territories and they will not change hands,” Leading Researcher at the Russian Academy of Sciences’ Institute of World Economy and International Relations, Dmitry Trenin, noted. “It is the military’s job to fix the line of contact, it’s not done through political measures. The military will be far more motivated to defend the sovereign territory of Russia than some Ukrainian region that Russia controls,” the analyst emphasized.

In his sparkling speech in the Kremlin, Putin said Moscow would protect the newly incorporated regions by “all available means” and vehemently insisted that the question of handing them back would never be discussed and renegotiated. He clearly portrayed the special military operation and the snapshot referendum as part of efforts to reclaim Russia’s great power status and, on the other hand, to counter global Western domination. “History has called us to a battlefield to fight for our people, for the grand historic Russia, for future generations,” he said.

With Ukraine vowing to take back all occupied territory and Russia pledging to defend its gains, threatening nuclear-weapon use and mobilizing an additional 300,000 troops despite protests, the two nations are on an increasingly escalatory collision course.

Over these years Putin, concerned about security risks and lack of security guarantees from the North Atlantic Treaty Organization (NATO) observing its promise of not expanding further eastward, embarked on “special military operation” ultimately aims at “demilitarization and denazification” of the former Soviet republic of Ukraine on February 24 after both Federation Council and the State Duma (legislative chambers) approved and gave the greenlight for this operation.

As a new world is awakening to the worsening situation, global leaders still believe that all countries have to respect and operate within the confines of international law. That all countries must be guided profoundly by the principles of non-interference in internal matters, respect for national sovereignty and territorial integrity. Russia is currently experiencing a raft of sanctions imposed by the United States and Canada, European Union, Japan, Australia, New Zealand and a host of other countries.

Kester Kenn Klomegah, who worked previously with Inter Press Service (IPS), is now a regular contributor to Global Research. As a versatile researcher, he believes that everyone deserves equal access to quality and trustworthy media reports. 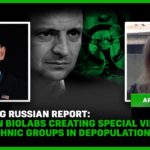 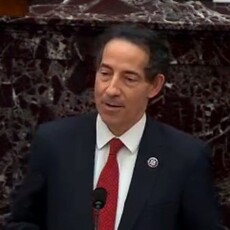