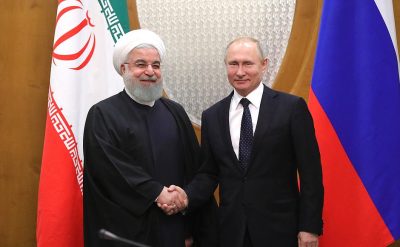 On issues related to the JCPOA nuclear deal and expiring UN arms embargo on Iran next month, the Trump regime is isolated on the world stage.

Commenting on its unlawful imposition of what it called “snapback” sanctions on Iran, its  Foreign Ministry spokesman Saeed Khatibzadeh explained the following:

Nothing in the JCPOA or Security Council Res. 2231 affirming the landmark agreement refers to snapback or a trigger mechanism.

This terminology is a made-in-the USA “forgery…What is stated in the resolution and in the JCPOA is the ‘dispute resolution mechanism.’ ”

Last weekend, Iranian Foreign Minister Zarif said once the UN arms embargo is lifted in October, “we will be able to satisfy our needs with the help of countries with which we have strategic relations, for example, Russia and China,” adding:

“We can provide for ourselves. We can even export weapons.”

“(W)hen necessary, we can buy from these countries. I doubt that secondary US sanctions will be an obstacle for them.”

“New opportunities will emerge in our cooperation with Iran after the special regime imposed by UN Security Council Resolution 2231 expires on October 18,” adding:

Russian relations with Iran will have “nothing to do with the unlawful and illegal actions of the US (regime), which is trying to intimidate the entire world.”

The previous day, Ryabkov said “(w)e are not afraid of US sanctions. We are used to them. It will not affect our policy in any way,” adding:

“Our cooperation with Iran is multifaceted. Defense cooperation will progress depending on the two countries’ needs and mutual willingness.”

“That said, another (US) executive order will not change our approach.”

“So let the (Trump regime) impose sanctions, one less, one more…(O)ur military-technical cooperation with Iran will be continued…”

Dzhabarov stressed that Security Council imposed sanctions are legally binding on all nations, not “sanctions of one state” on others.

“(T)he US thinks (it’s a) higher (power) than the UN Security Council,” a policy with no legal validity under the UN Charter and other international law.

“There is no such thing as an arms embargo against Iran.”

“The Security Council, when it was adopting the comprehensive Resolution 2231, which endorsed (the JCPOA) settled the nuclear issue for Iran, and this was adopted by consensus under the Chapter 7 of the United Nations Charter,” adding:

“There is no embargo, and there would be no limitations whatsoever after the expiration of this timeframe established by the Security Council.”

In July, Lavrov called for “universal condemnation” of the US for its unlawful actions against Iran, including its attempt to undermine the landmark JCPOA nuclear deal.

In January, the South China Morning Post said a Sino/Iran “relationship (is) built on trade, weapons and oil.”

According to the Stockholm International Peace Research Institute, China exported $269 million of weapons to Iran from 2008 to 2018 — some indirectly through third parties to help the country’s defense capabilities while the UN arms embargo was in place under SC Res. 2231 (2015).

In 2016, both countries agreed on cooperating militarily to combat terrorism, including by joint Persian Gulf naval exercises.

On Thursday, Iranian Foreign Minister Zarif arrived in Moscow for talks with Sergey Lavrov and other Russian officials.

On arrival, Zarif said issues relating to the JCPOA top the agenda for talks — most likely including sales of Russian weapons to Iran once the UN arms embargo expires next month.

Featured image is from en.kremlin.ru 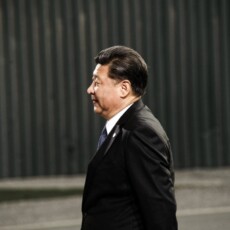 How China Exploits Commerce To Curb-Stomp The United States 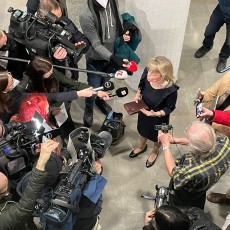