It is no secret that the United States government has been bitterly opposed to the Nord Stream 2 project that will provide reliable, cheap, and necessary oil supplies from Russia to Germany. It is tempting to view this opposition as based on economic self-interest. The substitute for Russian energy to Europe is American liquid natural gas, with its higher price tag (by about 40%) providing substantial windfall profits for United States producers hit by a declining domestic market.

The United States opposition, however, is based on much broader considerations, animated by a hatred of Russia and an overwhelming desire to maintain its geopolitical hegemony, not only over Germany but the whole of north, west, east, and southern Europe. One obvious manifestation of this control mechanism has been the steady expansion of NATO, the membership of which now extends right to Russia’s borders.

The Russians would have learned a bitter lesson from their allowing the reunification of Germany and Gorbachev’s acceptance of American assurances that NATO would not be expanded to the east. Only the terminally naive would believe that Russia did not learn a bitter lesson from that experience. Part of the lesson would be a profound distrust of any western assurances that they did not have a relentless intention to undermine and eventually destroy, both politically and economically, Russia as a major power.

In the 21st-century, following the disastrous experience of the Yeltsin years which caused enormous economic and social hardship to Russia, the country began a major rebuilding and restructuring under the presidency of Vladimir Putin. Apart from a brief interregnum as Prime Minister, he has been Russia’s president ever since. One measure of his success is that he consistently enjoys approval ratings above 70%, a feat not matched by any western political leader.

The reform programs he promoted took different forms. One of those development programs was to promote a level of military technology that today is without parallel anywhere in the world. Although Russia has less than half the population of the United States it produces more engineers than the latter country. The quality of education is extremely high. Part of that technical superiority is reflected in the quality of the military and specifically the range of missiles at its disposal that can destroy any enemy anywhere on the planet.

That Russian military superiority has deferred any direct military attack by the United States, but it has not protected Russia from sustained political and economic warfare. This has taken many forms with the false flag attacks on the Skripal father and daughter in Salisbury and the more recent incident involving minor Russian politician Alexi Navalny being but two examples of such warfare.

The latter incident has been seized upon by German opponents of the Nord Stream 2 project together with their United States allies, to apply enormous pressure on Angela Merkel to cancel the project, now only weeks from completion. That the cancellation of the project will be hugely disadvantageous to the ordinary German public is not a relevant consideration for the anti-Russian forces in Germany and their United States enablers.

The other factor that has assumed progressively greater importance in Russian strategic thinking has been steadily increasing its relationship with China to the point where they are all but allies in everything but name. China’s President Xi is facing very similar pressures from the United States where the economic and political relationship has deteriorated significantly during the Trump presidency. Trump’s recent diatribe to the United Nations General Assembly was but one manifestation of the rapidly deteriorating relationship between the two nations.

The hostility of the Americans to China also manifests itself in the expulsion of Chinese students from United States universities; allegations of unfair economic competition; and the attempted forced selling of successful Chinese businesses such as Tik Tok to their United States competitors.

US hostility to China (and to Russia) is also evident in the literally hundreds of military bases that target China from islands and friendly countries such as Australia. This is accompanied by an unrelenting propaganda attack part of which is to level accusations against China in respect of the South China Sea.

There are legitimate issues between China and its territorial neighbours in the South China Sea. The western propaganda barrage against China in respect of the South China Sea fails to mention a number of relevant points. The first of these is that the nations involved are currently engaged in negotiations with China aimed at achieving a peaceful resolution of their various claims.

Thirdly, approximately 80% of China’s seaborne economic trade passes through the South China Sea. It, therefore, has a legitimate economic interest in ensuring that the control of those waters is not in unfriendly military hands. The regular so-called (and totally misnamed) freedom of navigation exercises by United States warships in the South China Sea (often with its Australian ally) are perceived in China as hostile and provocative acts. The western powers are unable to point to a single instance of China interfering with the peaceful passage of civilian ships through the South China Sea.

The final factor which also fails to rate a mention in the western media is that the seabed of the South China Sea contains a vast amount of gold. Again, several countries have legitimate claims to that resource, but they do not include either the United States or Australia.

Although China’s nuclear capabilities are a fraction of either the American or the Russians, they are nonetheless significant and sufficient (together with their non-nuclear capabilities) of destroying any country or planes and warships, should they be foolish enough to attack China.

It is the military reality posed by both Russia and China that accounts for the absence of a direct military attack on either nation, but the existence of unbridled and increasing economic and propaganda warfare.

It is this reality that has seen the ever-increasing level of cooperation in all areas between Russia and China. Both countries are acutely aware of the old maxim: united we stand, divided we fall.

The economic, political, and quasi-military warfare being constantly waged against Russia and China, both directly and through economic and political warfare against the countries on their borders are what currently poses the greatest threat to the peace and stability of our planet. It would be unrealistic to expect any cessation of this warfare, irrespective of who emerges the winner from the charade of the November 2020 United States presidential race.

*geopolitical analyst. He may be contacted at jamesoneill83@icloud.com 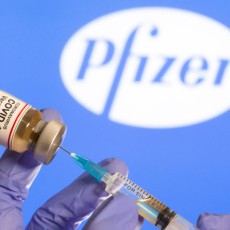 The CDC Says “Severe Reactions” to the C0VID Vaxxines Are Rare. That’s Not What We Found 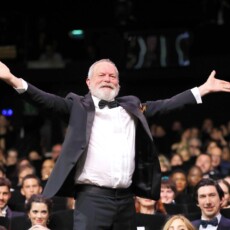 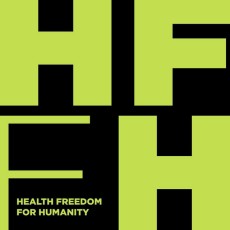 5G, Safe Tech and Solutions with Alec Zeck and Rinat