“Once again we see the People’s Republic of China (PRC) facilitating the theft of our nation’s ingenuity and hard work as part of their quest to rob, replicate and replace any product they don’t have the ability to develop themselves,” said John C. Demers, Assistant Attorney General for National Security. “Far from being an isolated incident, we see the PRC implicated in around 60 percent of all trade secret theft cases. This continued economic belligerence runs contrary to the values and norms that facilitate the success of our industries and countering it remains among our highest priorities.”

“Nationwide Children’s Hospital’s Research Institute took reasonable measures to protect its cutting-edge intellectual property and trade secrets regarding exosomes, and I commend the cooperation of Nationwide Children’s throughout this investigation,” U.S. Attorney David M. DeVillers said. “Chen betrayed her employer of 10 years by stealing trade secrets from this American institution and transferring them to China after receiving payments from the Chinese government.”

“Li Chen was a trusted researcher at Nationwide Children’s Hospital, conducting cutting-edge U.S. government-funded research,” stated FBI Cincinnati Special Agent in Charge Chris Hoffman. “With her guilty plea, she admits that she abused this trust to establish a company in China for her own financial gain. The FBI is committed to working closely with partners such as Nationwide Children’s Hospital to protect the innovations that make America a world leader in science and technology.”

Chen and her husband, alleged co-conspirator Yu Zhou, 49, worked in separate medical research labs at the Research Institute for 10 years each (Zhou from 2007 until 2017 and Chen from 2008 until 2018). They are charged with conspiring to steal at least five trade secrets related to exosome research from Nationwide Children’s Hospital.

Exosomes play a key role in the research, identification and treatment of a range of medical conditions, including necrotizing enterocolitis (a condition found in premature babies), liver fibrosis and liver cancer.

According to her plea agreement, Chen conspired to steal and then monetize one of the trade secrets by creating and selling exosome “isolation kits.” Chen admitted to starting a company in China to sell the kits. Chen received benefits from the Chinese government, including the State Administration of Foreign Expert Affairs and the National Natural Science Foundation of China. Chen also applied to multiple Chinese government talent plans, a method used by China to transfer foreign research and technology to the Chinese government.

Chen and Zhou were arrested in California in July 2019 and their case was unsealed in August 2019 when they appeared in federal court in Columbus. 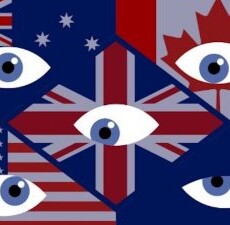 From Five Eyes to Six? Japan’s Push to Join the West’s Intelligence Alliance 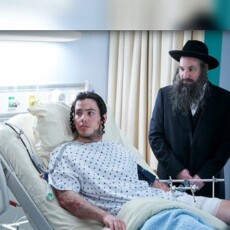