SEATTLE — Police began monitoring a protest that marched from Cal Anderson Park just after 9 PM Monday. The group made their way to the West Precinct where some individuals began hurling objects at the building causing minor damage and broken windows as well as painting graffiti on the walls. A nearby coffee shop also sustained some damage as some people smashed the plate glass windows.

The group then made their way back east and continued to protest outside the East Precinct. Rioters climbed over a chain-link fence and set a fire next to the building.

According to radio host Jason Rantz, the demonstrators then “used a substance suspected to be quick-dry concrete to seal shut [a] door.” Rantz claims to have seen photos of the concrete and tools used.

Police moved in and began issuing commands for the crowd to disperse and took one person into custody for investigation of arson. The Bureau of Alcohol, Tobacco, Firearms and Explosives (ATF) is now assisting in the investigation.

The group returned to Cal Anderson Park around midnight and dispersed from there.

One officer was injured during the course of the protests.

Detectives are also investigating an arson at an office building in the 2900 block of 4th Avenue South after someone threw multiple incendiary devices, causing some damage. It is unclear this incident is tied to the protests. 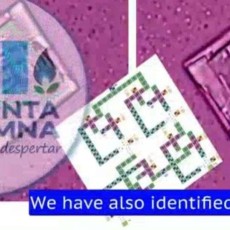 Biden on Riots: This Is ‘Trump’s America’ — ‘Rooting for More Violence’ 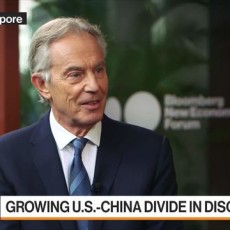 Tony Blair: Taiwan is not the same as Hong Kong