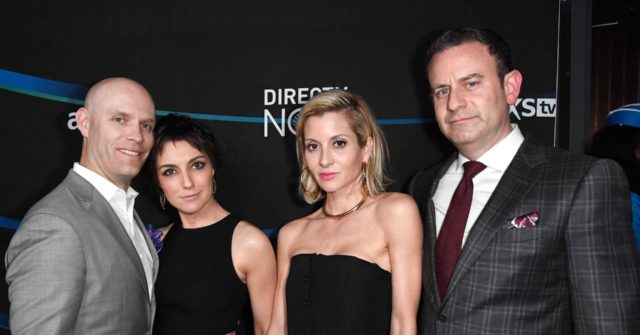 As Breitbart News reported, Newsom apologized at a press conference Monday for attending the party, which appeared to flout his own administration’s suggested restrictions on social gatherings.

Newsom claimed he was seated in an outdoor area of the restaurant. After the press conference, photos of the party surfaced showing a maskless Newsom seated at a table with a large number of guests.

EXCLUSIVE: We’ve obtained photos of Governor Gavin Newsom at the Napa dinner party he’s in hot water over. The photos call into question just how outdoors the dinner was. A witness who took photos tells us his group was so loud, the sliding doors had to be closed. 10pm on @FOXLA pic.twitter.com/gtOVEwa864

Politico reported Wednesday that other people at the party included leading medical officials:

California Medical Association officials were among the guests seated next to Gov. Gavin Newsom at a top California political operative’s opulent birthday dinner at the French Laundry restaurant this month. CEO Dustin Corcoran and top CMA lobbyist Janus Norman both joined the dinner at the French Laundry, an elite Napa fine dining restaurant, to celebrate the 50th birthday of lobbyist and longtime Newsom adviser Jason Kinney, a representative of the powerful interest group confirmed Wednesday morning.

Both Norman and Corcoran are friends of Kinney, as is Newsom, who referred this week to his 20-year friendship with Kinney. In a photo obtained by Fox LA, Norman is clearly visible seated to Newsom’s left.

The presence of CMA brass could amplify criticisms of the dinner occurring despite coronavirus restrictions that have limited Californians’ movements and constrained businesses. While Newsom and Kinney’s lobbying firm have said the meal abided by public health rules, it has struck a chord with Californians who have assailed the upscale soiree as hypocritical as coronavirus cases surge.

Corcoran (far left) and Kinney (far right) are pictured in the 2017 photo above.

Politico reported that a spokesperson for CMA, Anthony York, said “the dinner was held in accordance with state and county guidelines.”

Earlier this week, Newsom said that he was considering imposing a statewide curfew, with Saudi Arabia’s example as a possible model.

Several California legislators have gathered in Maui, Hawaii, at an annual conference, despite travel restrictions. 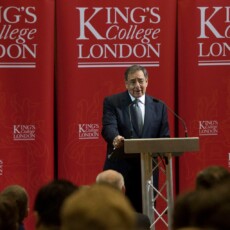 Selected Articles: Does Trump Really Have COVID or Just a Nasty Cold?

Inflation Surges In The Fastest Spike Since 2008