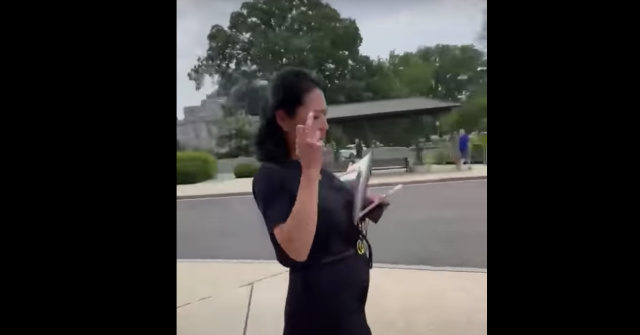 Rep. Stephanie Murphy (D-FL) made an obscene gesture Friday when asked if Rep. Nancy Pelosi (D-CA) “should be arrested for breaking her own mask mandate.”

“Congresswoman Murphy, quick question: do you think Nancy Pelosi should be arrested for breaking her own mask mandate?” a reporter asked Murphy in Washington, DC.

Murphy said nothing but flipped the bird at the lady and kept walking:

U.S. congressional opponent to Murphy, Rep. Anthony Sabatini of Florida, told Breitbart News Saturday it is “absolutely disgusting and trashy behavior – it’s time for her to immediately resign and issue an apology to Central Florida voters.”

Murphy, Sabatini continued, “is not fit for office and probably not mentally stable”:

BREAKING: My far-left opponent @SMurphyCongress has embarrassed Florida once AGAIN—this time for giving the bird to a person who asked her a simple question. This Congresswoman is total trash!

As Breitbart News reported Friday, the video emerged after the House Speaker “was caught twice within hours breaking the new mask mandate she imposed in the House of Representatives forcing anyone walking the halls of Congress, even the vaccinated, to wear a mask with the threat of being arrested”:

WATCH: Nancy Pelosi breaks her own mask mandate to take a photo. pic.twitter.com/Ct5WBUa8Aw

In May, Murphy suddenly backtracked on her Senate primary bid against Rep. Val Demings (D-FL) and is, instead, running to retain her congressional seat. Faced with Sabatini’s challenge, Murphy has labeled Sabatini an “extremist Trump supporter.”

“It’s crucial that we show grassroots strength when those numbers [donations] are made public, or else people like Sabatini will feel even more emboldened,” she wrote in a campaign fundraising email.

“Murphy votes in lockstep with Nancy Pelosi’s socialist agenda and will be fired by Floridians in 2022,” the NRCC stated. 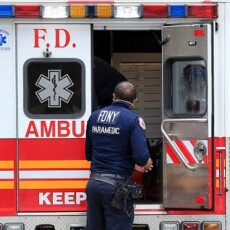 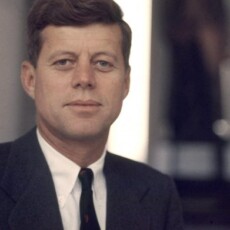