Six pallbearers of Marines and Sailors escorted each casket aboard a U.S. Air Force C-17 Globemaster III bound for Dover AFB for final preparation for burial before being released to their families for final arrangements.

The remains of Lance Cpl. Guillermo S. Perez, 19, of New Braunfels, Texas, who also died in the AAV mishap July 30, were transferred to Dover AFB on Aug. 5 from MCAS Miramar.

Gnem was posthumously advanced to the rank of petty officer third class and posthumously awarded his enlisted Fleet Marine Force Warfare Specialist qualification, having met the criteria set by the Navy for both before his death.

ABC News reported: There were 16 aboard the AAV when it began taking on water during a shore-to-ship maneuver about a mile off the coast of San Clemente Island last month. Eight were rescued that day, one of whom was pronounced dead at the scene. The eight other on board were presumed dead after a lengthy and intense search and rescue operation.

The Marines were making their way back to the U.S. Navy amphibious ship USS Somerset on their AAV, according to three defense officials, when the incident began.

The cause of the July 30 incident is under investigation.

Trump Campaign Video: “Can You Feel It?” 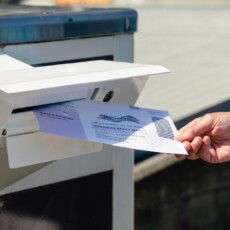 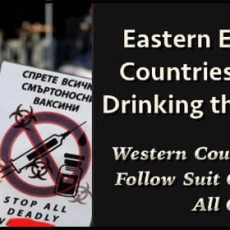 Europe’s East Does Not Trust the COVID-19 Vaccines