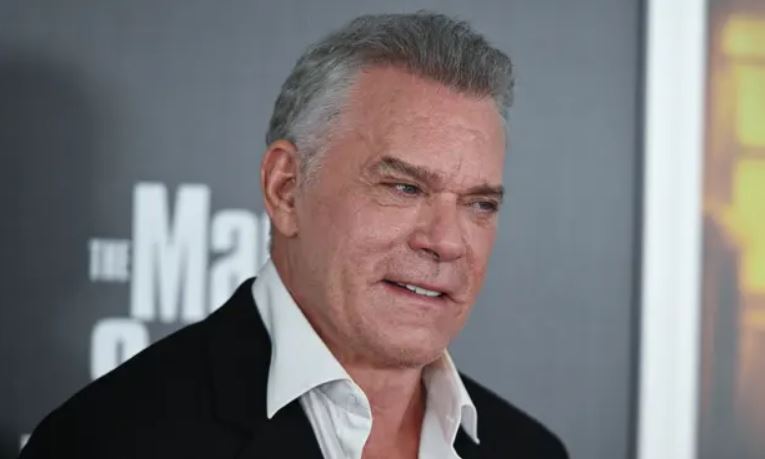 Ray Liotta, Star of Goodfellas and Field of Dreams

Ray Liotta, star of Goodfellas and Field of Dreams, has died at the age of 67.

According to his representative who confirmed the news, the actor died in his sleep in the Dominican Republic while shooting his latest film Dangerous Waters alongside Saffron Burrows.

Liotta was born in New Jersey and abandoned at an orphanage before being adopted at six months. “At first, I didn’t understand how a parent could give up a child,” he said to People magazine. “So I had that kind of energy of just being like, that’s fucked up. And then when I finally met my birth mom in my forties, by then, I wasn’t as angry about it. It’s just another journey.”

After small roles in TV and a small role in 1983’s The Lonely Lady, Liotta received a Golden Globe nomination for 1986’s Something Wild. He went on to star in Field of Dreams in 1989 before taking on the role of Henry Hill in Martin Scorsese’s Goodfellas.

“If you got one movie that people remember, that’s great. If you got two, that’s fantastic,” he said to the Guardian in 2021 about his association with the gangster drama.

Goodfellas director Martin Scorsese paid tribute to Liotta in a statement on Thursday night, saying he was “absolutely shocked and devastated” by his death.

“He was so uniquely gifted, so adventurous, so courageous as an actor,” he said in a statement. “Playing Henry Hill in Goodfellas was a tall order, because the character had so many different facets, so many complicated layers, and Ray was in almost every scene of a long, tough shoot. He absolutely amazed me, and I’ll always be proud of the work we did together on that picture. My heart goes out to his loved ones, and it aches for his loss, way too early.”

The following decade included roles in Ridley Scott’s Hannibal, Joe Carnahan’s Narc and an Emmy for a guest appearance on ER.

Liotta was offered a role on The Sopranos but turned it down. “I didn’t want to do another mafia thing, and I was shooting Hannibal,” he said to the Guardian. “It just didn’t feel right at the time.” He later starred in Sopranos prequel movie The Many Saints of Newark in 2021.

In a statement, The Sopranos creator David Chase called Liotta’s death “a massive, unexpected shock” and paid tribute to “a very warm and humorous person” and “a really superior actor”.

Despite being known for his tough guy roles, Liotta has admitted that he is far from what people see him as. “I have never been in a fight at all, except for during sports, and that’s just pushing and goofy kid stuff,” he said in an interview.

Tributes have started to appear online from those in the industry. His Goodfellas co-star Lorraine Bracco tweeted that she was “utterly shattered” to hear the news. “I can be anywhere in the world & people will come up & tell me their favorite movie is Goodfellas,” she wrote. “Then they always ask what was the best part of making that movie. My response has always been the same … Ray Liotta.”

Jamie Lee Curtis, who starred with Liotta in 1988 drama Dominic and Eugene, tweeted that “his work as an actor showed his complexity as a human being” and that he was “a gentle man”.

James Mangold, who directed Liotta in the 1997 crime drama Cop Land and the 2003 thriller Identity, also tweeted: “Shocked and saddened to hear of Ray Liotta’s passing. Beyond the tough guy exterior and the tightly wound emotions of his signature characters, he was a sweet, playful and passionate collaborator and brilliant actor.”

Viola Davis also wrote “RIP Ray Liotta!! Loved your work” while Rosanna Arquette tweeted: “I’m really sad to hear that Ray Liotta has passed away. He was an friend back in the day and it’s very sad. We had a lot of laughs Rest In Peace My friend.”

Liotta is survived by his fiancee Jacy Nittolo, who was with him while he was filming, and daughter Karsen. 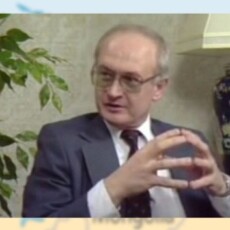 Bezmenov in 1984 — Probably The Most Important Interview Concerning the Suicide of America. 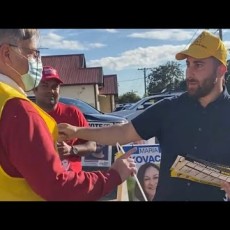