The Queensland Labor corporation has demanded state public servants sign away their Human Rights to life for the mandatory jab or get sacked for refusing.

In one of the most outlandish documents ever seen by Cairnsnews, employees have been given the choice to sign up or ship out: Extract from the draft document:

‘This document sets out the consideration of the impact (limitations) on human rights of a decision to
require vaccination and to implement other controls to manage / mitigate the risk of COVID-19.
For the reasons that follow, it is considered the such a decision (as reflected in the department’s (draft)
COVID-19 Vaccination Policy and Procedure and Vaccination requirements for a is compatible with
human rights.’

Section 16
A vaccination mandate, theoretically, may impact on a person’s right to life due to the potential for
adverse side effect from vaccination, however the risk of such a severe reaction is extremely low.
Section 17
A vaccination mandate and the potential consequences that flow may be considered to impact on the
right to full, free and informed consent for medical treatment if perceived that such a mandate effectively
limits choice because of a potential for termination of employment.’#

There it is readers. Now we know why there has been such an exodus of public servants in Queensland. No employee or any sane person would agree to handing away their lives to a communist state or any other entity. This is why 29,504 teachers have gone, 2000 or more police have been sacked and up to 900 ambulance staff have left the left wallowing in the biggest mess that this state has seen since federation.

We have been told out of 147 full time police officers in Mackay, only 37 remain.

Food supplies have been decimated because of a lack of staff, deservedly at Woolworths and Coles, and their shelves cannot be filled. The sheeples have not helped themselves with one Far Northern IGA store reporting two pallets of toilet paper disappearing in 3 hours.

The subliminal messages from television and its subsequent stupor has conditioned at least one half of the population to buy toilet paper. What will these feeble minded dupes do when the next subliminal order will be to get your young children jabbed with a deadly toxin or they won’t be allowed to attend school?

It has already started, albeit not in earnest yet but the TV virus will keep infecting the minds of stupid and irresponsible parents who have not done one bit of investigation into the probable terminal effects of the experimental mRNA spike proteins on kids.

And they should know they won’t get this information from the grubberment or the medical mafia that is the Australian Medical Association.

We really do have a plandemic of the vaccinated.

Delta variant just hay fever and another facet of fear 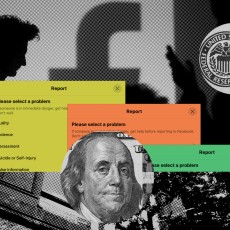 ANR Chief Editor and Founder of the Fast-Growing New Social Media Platform Truthbook.social That Is Causing Many To Delete Facebook in Protest of Censoring, Is To Speak This Saturday at Queensland’s Freedom Festival To Be Held on the Sunshine Coast 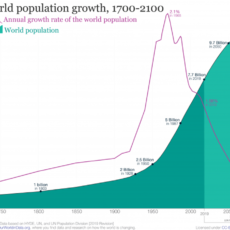