Qatargate’: López Aguilar met twice with the Qatari ‘godfather’ of the plot being investigated by Belgium

Belgian Justice investigators, who are examining the largest corruption plot known to date in the European Parliament, Qatargate, under the direction of Judge Michel Claise, are aware that the case did not start months or a year ago. It goes back a few years after the election of Qatar as the venue for the 2022 World Cup and intensified with the 2019 European elections. The changes approved in the presidencies of the commissions after them were key to creating a clientele network that enabled initiatives such as the lifting of visas for countries located outside European territory, especially for citizens of the Gulf countries.

That is where the key figure of the man in the Qatari government closest to the European Parliament and its parliamentarians appears: Ali Bin Samikh Al Marri, today Minister of Labor of his country, but who for more than ten years headed the National Rights Committee Qatari Humans. During his first stage, he established friendships with López Aguilar and with relevant figures in the plot such as Antonio Panzeri, Marc Tarabella and Marie Arena. Al Marri was seen on numerous occasions by the European Parliament where he was invited as a speaker by the commissions chaired by the socialists to talk about the benefits of the Qatari autocracy.

Since he was appointed head of the Labor portfolio, he organized a visit to Brussels to have a meeting with the president of LIBE (Commission on Civil Liberties, Justice and Home Affairs) chaired by the MEP and former Spanish Minister of Justice Juan Fernando López Aguilar.

The meeting between Al Marri and López Aguilar took place on December 1, 2021. Theoretically, it was to discuss issues related to their competence, that is, labor issues. However, they also spoke of “perspectives on the liberalization of visas to Qatar“, according to what OKDIARIO has learned, a meeting that was not declared by the Spanish before the records of the European Parliament.

The meeting that he did declare was another that took place the month after the European Commission gave the go-ahead to the liberalization of visas. The same occurred on May 10, 2022. The main subject of the appointment was once again the liberalization of visas. López Aguilar assures that his meetings with Al Marri were “in the presence of the services of the European Parliament.” However, he does not clarify when asked by OKDIARIO if he had other kinds of meetings with Al Marri, inside or outside Brussels, and why he dealt with visa issues with a minister who is not the head of the branch.

Precisely one of the measures promoted recently by the president of the European Parliament, Roberta Metsola, after the outbreak of Qatargate to tackle corruption and the reputational crisis of the European Parliament, is the obligation to publish in the official records any kind of meeting of parliamentarians with third parties. Of the meetings with Al Marri, former minister López Aguilar has not given explanations for all of them. 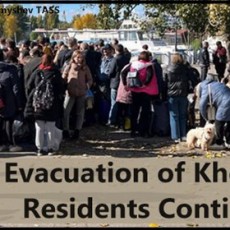 “Man Has Not Recognized Himself”. The Ideology of Power Threatens Humanity. Renouncing the Use of Violence 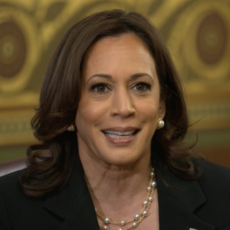