Scott Morrison is in serious trouble as there is a powerful prima facie case starting to build that Morrison committed fraud when he impersonated 5 ministers during the previous federal government.

Scott Morrison held a press conference on Wednesday (17/8/22) thinking he could fool the media and public that what he did was justifiable, but he only managed to dig a deeper hole for himself.

I watched the whole media conference, and it was classic Morrison where he played the hero who saved the country during the pandemic and then he played the victim because people expected him to be accountable as the Prime Minister.

There are two key points from the press conference which I published in a video as per below.

The below video is Scott Morrison telling the lies I outlined above at the press conference:

Scott Morrison refusing to give a guarantee that he or his staff didn’t sign government contracts or grants etc, in the 5 ministerial roles he secretly appointed himself to, ties in with the article I published on the 15th of August 2022 titled “Scott Morrison and Governor-General David Hurley conspired for the secret multi-ministry appointments. How much money did they make?”. In that article I said:

“Scott Morrison didn’t have himself secretly appointed as a second minister in numerous portfolios for nothing. So, once it is revealed what decisions Morrison was making secretly, I suspect it will have plenty to do with the awarding of tenders and grants which is where the big money is to be made for fraudsters like Morrison.” (Click here to read more)

I also, published a video later that day, as per below, outlining Morrison’s scam and his likely motive.

Prime Minister Anthony Albanese is scheduled to receive legal advice on Monday (22/8/22) as to whether or not it was legal for Scott Morrison to appoint himself to 5 ministerial positions. But whether that was legal is one thing and it’s totally another thing if he did approve grants or other government contracts etc in those portfolios which to me could have been his only motivation for doing what he did.

There will possibly be more leaks regarding what Morrison did or don’t do before Monday’s legal advice. But whatever happens, there has to be an open and public inquiry to get to the truth as today’s press conference by Scott Morrison raised many more questions than it answered.

Admin: I have set up a Patreon account to help raise funds as I am publishing regular YouTube videos now and Patreon seems to be the main fundraising website that YouTube producers use to raise funds and the YouTube audience use to donate.

I set it up on Tuesday (16/8/22) so please donate as I will be using Patreon to hopefully fund the Kangaroo Court of Australia website, YouTube channel, Facebook page and Twitter account on an ongoing basis. You can choose amounts of $3, $5, $7, $10, $15, $20, $30 or $40 per month or another amount that suits you. If you would like to donate it would be greatly appreciated. Click here to go to the Patreon page. 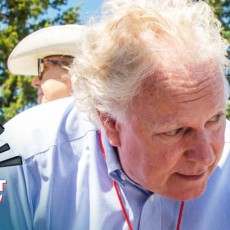 ‘Much bigger issues than ‘freedom’ at stake in this country’: Charest’s open letter 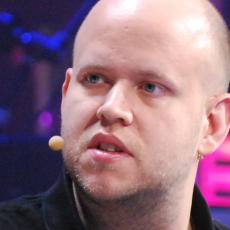