Incisive article by Dr. Rudolph Haensel first published in April 2020 in the immediate wake of the March 11, 2020 lockdown.

Autonomy is the state and attitude to life of self-determination, independence (sovereignty) and self-administration. Philosophically, it is the ability to see oneself as a being of freedom and to act from this freedom. It is also the power to not participate (Adorno). Natural Law says that there is something that is right by nature. It differs from the so-called Positive Right established by man in that man is entitled to it simply because he is human.

Since it is not created by any ruler or any kind of majority decision, it is pre-state law. This means that the laws of a state must be measured critically against natural law. (1) The knowledge of what is right by nature enables us to oppose totalitarian ideologies and dictatorships from a firm human standpoint, to feel a sense of indignation against injustice and inhumanity, even if the whole of society may cheer a dictator.

What is natural law?

Thinking in terms of natural law has its origins in ancient Greek philosophy, especially in Plato’s confrontation with the Sophists. Plato held against them that there are objective, absolutely valid norms, values and laws that do not depend on the changing opinions of people. It is by these objective ideas of what law is that the state and the state leadership must be measured at all times. Plato saw behind the law the objective idea of justice.

The highest goal in human life is a life governed by reason, and man can only achieve this if he learns in childhood and youth to moderate his desires and affects. He must learn to keep the golden rule of the middle (justice, bravery and prudence). If this does not become a habit in childhood and adolescence, he will later be torn to and fro by extreme affects and will never achieve a virtuous, level-headed, rational lifestyle (prudence).

The great teacher of the Church, Thomas Aquinas, combined Aristotle’s philosophy with the Christian philosophy and theology that came from Augustine. He thus had outstanding significance for the development of Christian natural law, Christian anthropology and theology, in the centre of which man as a person is placed. The order of being created by God is perfectly good. In it the “eternal law”, lex aeterna, was at work. This is the divine wisdom, as the supreme law. Man can recognize a part of this eternal law through his reason. (2)

Man has a natural inclination for goodness, which is “written in his heart” by the eternal law. It helps him to better recognize what is right in nature. The essential natural inclinations of man are those for the knowledge of the truth and for community life. With his reason, man can recognize the laws of nature and thus grasp the order created by God.

“The dignity of man is inviolable. Respecting and protecting it is the duty of all state power.”Paragraph 1 of Article 1 adds: “Human dignity is the supreme constitutional principle to which all public authorities must therefore orient their actions. It is therefore the yardstick for the legislative, executive and judicial branches. The state must refrain from any action that could affect human dignity.” (3)

And this human dignity is over positive law (Natural Law).

What is happening, however, not only in Germany but worldwide, is the opposite of what the German Basic Law demands. Human dignity is trampled underfoot – and this is reminiscent of the Germany of the 1930s, the rise of fascism. Every thinking and feeling fellow citizen can “feel it on his own body”.

We are no longer free and can no longer lead our lives self-determined and independently. The governments leave us no room for manoeuvre and deny us the vested right not to take part in this madness, to oppose the totalitarian machinations decisively and with all their willpower. The rule of law has died.

But our thoughts are free (Cicero) and nobody can take away our dignity. We can also find the courage to use our own intellect (Kant). And we know what is right by nature. Therefore we will not submit to the dictates of corrupt politicians, scientists, doctors, journalists or questionable patrons like Bill Gates. (4)

Already more than 100 years ago, the great Russian writer Leo N. Tolstoy put on record his assessment of rulers:

“One could still justify the subordination of an entire people to a few people if the rulers were the best people; but that is not the case, never was and never can be. It is often the worst, most insignificant, cruelest, most immoral and especially the most mendacious people who rule. And that this is so is not by chance.” (5)

The human community rightly expects science – including medicine – to alleviate the plight of people and to serve the protection of life. But more and more scientists are selling their knowledge and skills and often their souls to the military-industrial complex. They even distance themselves so far from their humanity that they help to perfect the means for the general destruction of mankind.

An important contribution to the enlightenment and encouragement of the people could be the mass media, since they are obliged to provide truthful information to us citizens and to peace, in accordance with national and international agreements. But the opposite is true. They are “in the service of warmongering and hate propaganda” and “in the service of stultifying the masses” (Bertha von Suttner).

Let us therefore preserve the attitude to life of self-determination, independence (sovereignty) and self-administration and the ability to see ourselves as beings of freedom and to act from this freedom.

Dr. Rudolf Hänsel is a graduate psychologist and educationalist.

(3) Basic Law of the Federal Republic of Germany 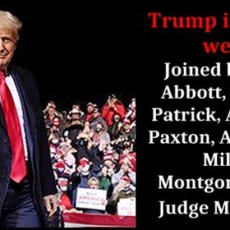 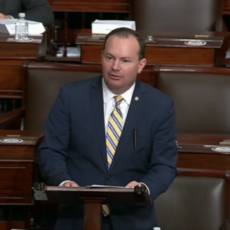 Nolte: Trump Is So Right About Not Letting the Coronavirus Dominate Us