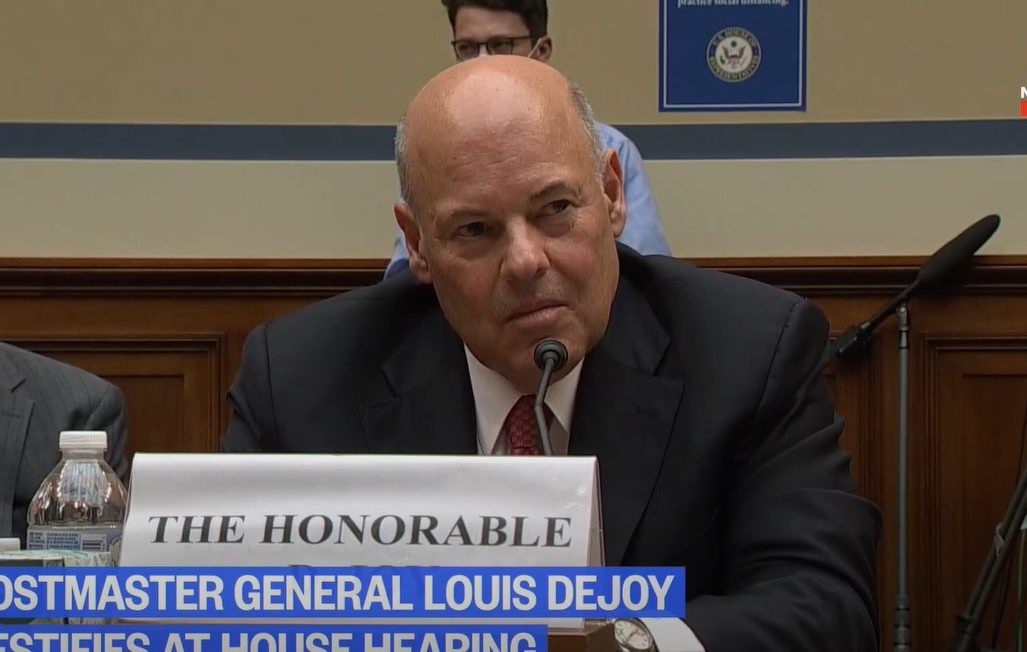 “In your statement of financial disclosure, you sold your Amazon stock on June 22, I believe, and then you purchased options on Amazon on June 24. That would suggest to almost anyone that there’s a conflict of interest. It doesn’t require that you make a decision. It only requires that you participate,” Speier said. “Did you check with the government office of ethics to see if that was appropriate?”

DeJoy broke down the process of his filings and explained he sold off stock at a loss to avoid engaging in any questionable arrangements.

“In the Postal Service you file your forms the day you arrive at work. I filed my forms. I was going to a meeting on Amazon. I owned stock some place, in a call, at Morgan Stanley… They told me I had to either recuse myself from reviewing a number of contracts or sell the stock. I called a broker to sell the stock,” DeJoy said. “But I did not buy options.”

“It’s on your statement,” Speier interrupted.

“I bought covered calls back at a loss,” DeJoy continued. “That’s what I did to get completely out of the stock. I had to unwind covered calls.”

“You still have those calls do you not?”

“I paid more money for the calls than I sold them for. I think you should get an understanding of what a covered call is before you accuse me of any improprieties,” DeJoy said.

DeJoy’s testimony comes as the postmaster general takes questions from lawmakers prompted by Democrats raising their latest conspiracy against the Trump administration supposedly rigging the election through the Post Office after impeaching the president over a phone call. Democrats meanwhile, are still accusing Trump of being a Russian agent despite their own Special Counsel investigation exonerating the White House of Russian collusion.

“Have you removed any machines that automate the post-marking process?” Speier asked finally.

Taylor Swift Attacks Trump Over USPS: ‘He Is WELL AWARE That We Do Not Want Him as Our President’