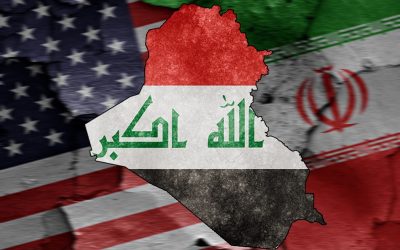 Since Iran ended a generation of US/UK-installed fascist tyranny in 1979, both wings of US duopoly rule waged dirty war on the country and its people by other means.

Will US hardliners reverse this policy ahead? Will they do what no previous regime in Washington did before?

Will they risk embroiling the Middle East in more all-out war than since US and UK forces challenged and defeated Nazi General Erwin Rommel’s Afrika Korps during WW II in the region?

While Iran can’t match the US militarily, it’s strong enough to hit back hard against any attack on its territory, making Washington pay a big price for aggression if launched.

If Iranian oil shipments are blocked, its forces can retaliate by preventing hydrocarbon supplies of other regional countries from getting through the Strait of Hormuz — shutting off their crude to world markets.

According to the petroleum geoscience magazine GEOExPro, oil from Middle East countries is nearly half of proven recoverable crude worldwide — a resource too invaluable to lose even short-term.

“We warn the Great Satan, the bloodthirsty and arrogant regime of the US, that any new wicked act or more moves and aggressions (against Iran) will bring about more painful and crushing responses,” adding:

“The brave soldiers of the IRGC Aerospace Force in a successful operation in the name of martyr Gen. Qassem Soleimani… launched tens of surface-to-surface ballistic missiles” on the Ain Al Assad base occupied by the “terrorist and aggressive US army.”

“We are warning all US allies who gave their bases to its terrorist army that any territory that in any way becomes the starting point of hostile and aggressive acts against the Islamic Republic of Iran will be targeted.”

“We in no way consider the Zionist regime (of Israel) to be separated from the criminal US regime in these crimes.”

It would be unwise for the US to ignore Iran’s “harsh revenge” pledge of retaliation against any preemptive Pentagon strikes on its territory.

“Any action against the Iranian nation would certainly face a crushing response.”

US forces and facilities anywhere in the region, along with Israel, would be vulnerable to painful retaliation.

According to the UN Charter and other international law, the right of self-defense is inviolable.

At the same, no nation may legally attack another preemptively for any reason. There are no exceptions to this fundamental law — that’s automatically US law under the Constitution’s Supremacy Clause.

While it’s possible that US forces might attack Iran militarily while Trump is in office or a successor, it’s unlikely based on the historical record over the past 40 years.

Regardless of what the Times claimed in its report — an unreliable source time and again — it’s unknown if Trump actually considered attacking Iran militarily.

He hasn’t done it during nearly four years in office.

Why now with weeks to go in his term? Why change tactics at this time?

Longstanding Iranophobe claims that it’s close to producing nuclear weapons have been debunked time and again by the US intelligence community and nuclear watchdog IAEA.

What Trump may do in a second term if litigation against brazen fraud is successful is an issue for another time.

Would he really consider embroiling the Middle East in major conflict as his parting shot before returning to civilian life if things turn out this way?

Would he want to be remembered as a US head of state who launched war on a nonbelligerent country threatening no one during his final days in office?

I think not. Make your own judgment. 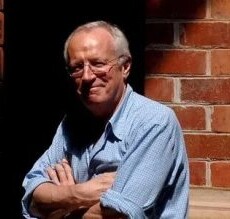 Robert Fisk: Death of a ‘Controversial’ Journalist. His Legacy Will Live

‘Then Came You’ Is A Slog But A Pleasant One 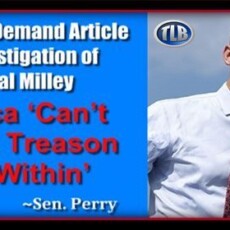